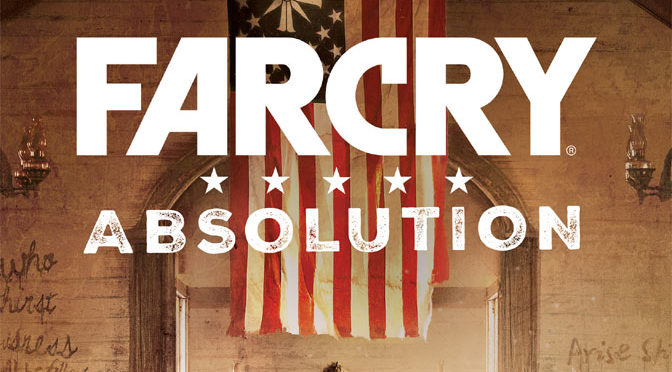 This novel reads like an old school pulp crime fiction but is set in the present-day hardscrabble rural America of anti-government militias and apocalyptic cults. Instead of driving sedans down the streets of Los Angeles these characters steer their pickup trucks down winding dirt roads that lead to churches, cult compounds, small farms and grazing land.

Like most hardboiled stories those in power are either corrupt or at best compromised by the system. The two protagonists of the book, bar owner Mary May Fairgrave (a FARCRY character) and hunter William Boyd (Urban Waite’s book character) come in conflict with apocalyptic cult featured in the game. They have two different reactions. 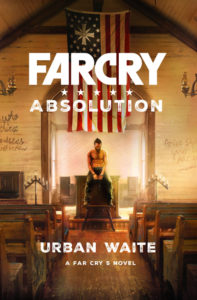 Mary May is a local whose father owned “The Spread Eagle Bar.” She inherits this bar after her father dies and her brother becomes part of the cult. A little less than half the book shows her trying to reconnect with her brother. This reconnection is a dark journey and points to a powerful for her character to become part of the resistance against the cult and its messianic leader, “The Father.” Since she is a character in the game I was surprised how much of her back-story is revealed in the book, but obviously the creators trusted this author.

The author’s creation, William Boyd, is an old man who lost his wife and daughter. He works for the cult as a hunter. A reformed alcoholic he joined the cult, called Eden’s Gate, as a worshipper. His role as a hunter keeps him separate from much of the cult and he is troubled by its increasingly violent and terrorist actions to people in the fictional Montana Mountains that he lives.

[amazon asin=1785659154&text=Book your tour of murder and mayhem in Hope, Montana with a copy of Far Cry: Absolution from Amazon!]

He and Mary May’s stories weave together, when a member of the cult hires him to track her. He is told this is done to find and protect her but as it becomes increasingly obvious there is a sinister purpose he starts to rebel against his role in the cult. The portrayal of these two characters and their situations makes for good reading.

Many times, a novel written to promote a game can seem to be a thinly veiled side mission. This is not that. The writer Urban Waite has crafted a story that gives the reader a look inside the game but also stands on its own. I hope that when FARCRY 5’s DLC comes out they think about using his character William Boyd.

This review was written before the game has officially come out. If the game comes close to the tone and plot of the book I’m sure it will be great success. I will definitely be playing it. I will also be buying books written by Urban Waite.