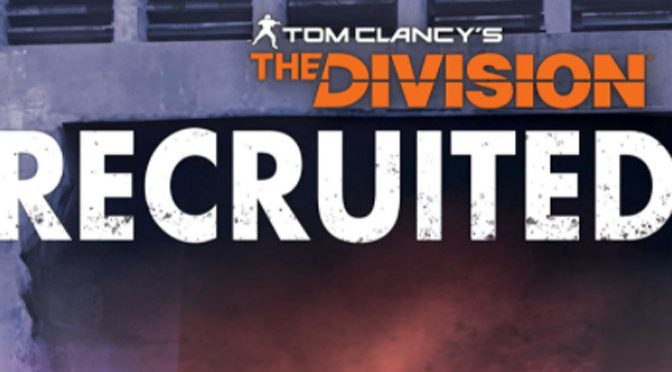 Hey all I’m back with another book review after a rather lengthy hiatus. It’s The Division: Recruited by Thomas Parrot!

If you are a Tom Clancy fan in general, or a serous The Division player, then you will probably really enjoy The Division: Recruited. It’s not a groundbreaking novel by any means, but does what it should as a tie-in title for a popular video game. Fans of the game will likely be thrilled to see the continuation of that story.

Plot: Sadly this story isn’t groundbreaking, or revolutionary in pretty much any way. That isn’t to say that this is a terrible book, far from it. But it hits the standard tropes and doesn’t really hold your attention if you aren’t invested in the story of the games this is adapted from. It’s got all the standard post-apocalyptic cliché’s, from tragically murdered family members of a local community leader who is our lead character to running into the secret government agency that is trying to bring back civilization while on a milk run operation, somewhat literally in this case. 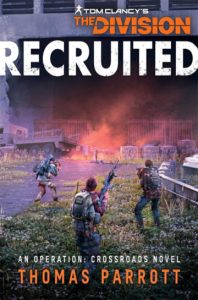 Characters: The one part that was rather standout was the fact that our main character is female, which is a nice touch instead of the standard grizzled former military veteran that is the typical lead in these sorts of stories.

Overall: If you are a Tom Clancy fan, or really interested in the world of The Division, you’ll probably get a lot of fun out of reading this novel. For those of us who aren’t invested in those two things, Recruited isn’t going to be nearly as enthralling or exciting, and instead will just read like most other post-apocalyptic books.

For those who like: Post-apocalyptic adventures, Drama, Action, Tom Clancy, The Division video game.

Not for those who don’t like: Any of the above, or a rather standard plot.