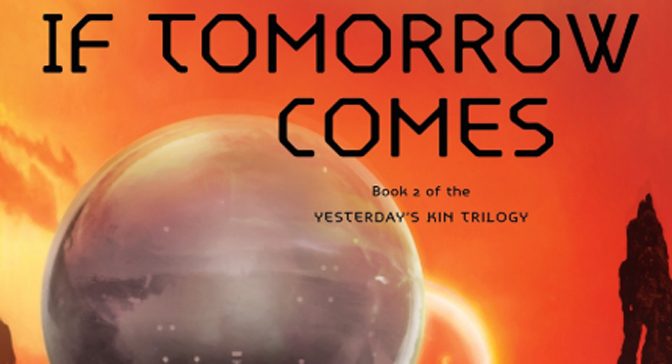 Hey all I’m back with another book from the good folks at Tor. It’s If Tomorrow Comes, Yesterday’s Kin Trilogy Book 02, by Nancy Kress!

Plot Synopsis: Ten years after the Aliens left Earth, humanity succeeds in building a ship, Friendship, to follow them home to Kindred. Aboard are a crew of scientists, diplomats, and a squad of Rangers to protect them. But when the Friendship arrives, they find nothing they expected. No interplanetary culture, no industrial base―and no cure for the spore disease. 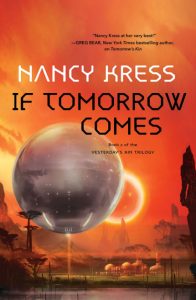 Plot: This is a sequel to a book that was based off a novella written by the Author. A lot of things are not explained well, which while it is to be expected for a sequel,  is very frustrating for people like me who didn’t read the first entry. I’m missing huge portions of the plot that otherwise would probably make sense to me. So this is not a novel that you can take on its own.

Characters: As far as I can tell, Marianne Jenner is our main protagonist, but honestly, I couldn’t connect to her, or anyone to be honest, in a way that would make care about her over the course of the book. The rest of the cast is just as bad, at least for me.

Overall: This looks to be a decent Sci-Fi book in an okay series, but the lack of explanation of some of the plot points is a huge disservice to those just jumping in to the series.