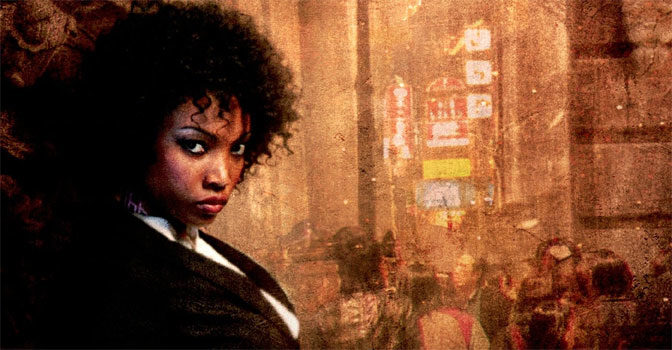 Hey all I’m back with the third book plot chronologically, but first in print chronology, of the Craft Sequence series. It’s Three Parts Dead by Max Gladstone.

Plot Synopsis: A god has died, and it’s up to Tara, first-year associate in the international necromantic firm of Kelethres, Albrecht, and Ao, to bring Him back to life before His city falls apart. Her client is Kos, recently deceased fire god of the city of Alt Coulumb. Without Him, the metropolis’s steam generators will shut down, its trains will cease running, and its four million citizens will riot. Tara’s job: resurrect Kos before chaos sets in. Her only help: Abelard, a chain-smoking priest of the dead god, who’s having an understandable crisis of faith. 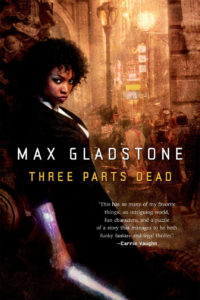 Plot: The plot of this entry, and the first to be published, is just as intense and riveting as the previous two novels, if not more so. I read through this in a single sitting and I have to say I was left wanting it not to end. I also finally understand what the Craft is with this entry in the series. It’s the power to use the starlight and earth to perform magic, but it also can use souls, usually the Crafters own. It leads to some really interesting economies where entire corporations are run by immortal crafters who shed their flesh and muscle in order to stay alive.

Then there are business deals using souls as the power, which can lead to interesting things like Gods offering power to a distant city for defense from monsters in return for payment. Disputes are settled in courts run by Craft itself where the lawyers literally duel with their willpower and magic in order to make the “Judge” rule in their favor. When I first said that this series was like Law and Order with Magic I didn’t even know how close to the truth that observation was.

Characters: Tara is a really interesting main character who is trying to overcome her self doubt and live up to her new boss’ expectations. Abelard on the other hand is sort of a clumsy guy who seems to go with the flow more than act for himself. That isn’t to say he’s a poor character, but he definitely is a weaker character. We also get to see a familiar face from Last First Snow in this novel, Elayne Kevarian, who was probably my favorite character in that novel. Elayne is Tara’s new boss, hopefully we get to see the two work together in future books. The rest of the cast is great as well.

Overall: If Law and Order had Magical Duels replace the trials, you’d get the Craft Sequence series. Three Parts Dead is easily a must read for any fiction lover.