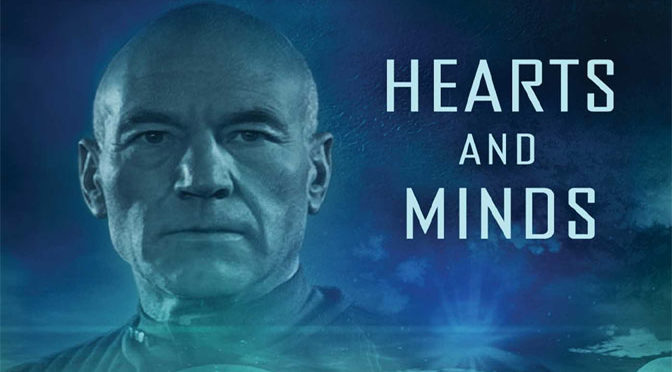 Star Trek: The Next Generation:
Hearts and Minds

I want to start this review by saying that Dayton Ward is an excellent writer. It’s important to say that upfront because my complaints about this book have nothing to do with the quality of writing. In fact, if this were an extended universe Star Trek novel without Picard on the cover this would have been a great book, but I don’t like the kind of bait and switch that’s going on here.

When I pick up a Star Trek book with a primary character on the cover, I expect it to be about that character. Picard is barely in this book and most of the time is held captive while we learn of the complex history of the planet he’s on and its connection to Earth from 2031 to 2044. The story moves backwards and forwards in time, but frankly the sections that take place in 2386 on the Enterprise are clearly just framework for the real story that takes place in the past on Earth. 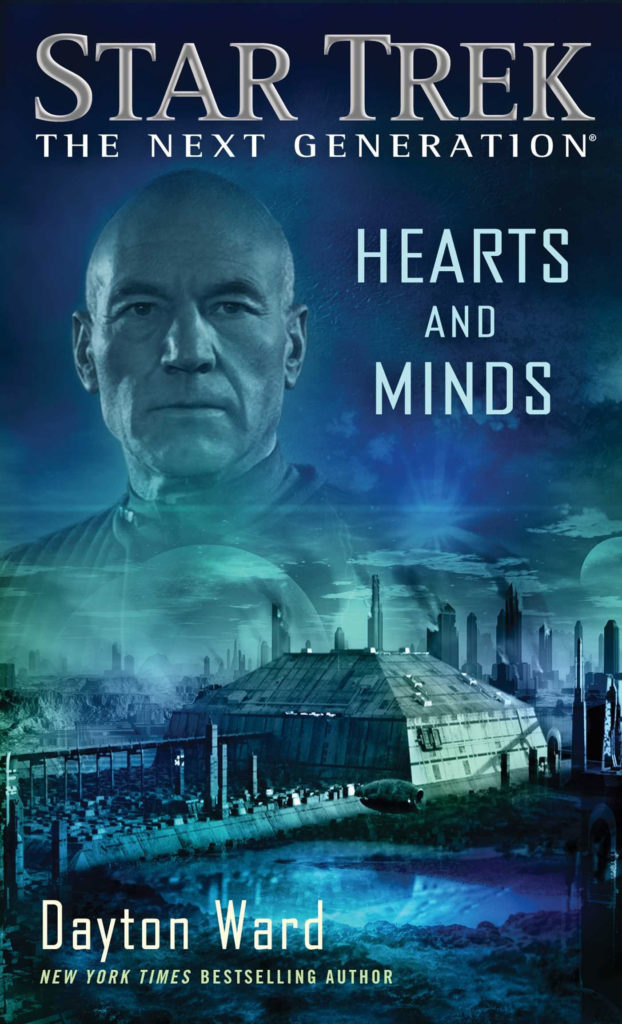 It’s an interesting story of Earth’s first contact with aliens and their reaction to said contact. There is an organization that reminds me of Men in Black that deals with the presence of aliens on Earth and those parts of the story are rich and fully presented, but that’s not why I pick up a book with Picard on the cover.

While Picard is held in prison, Dr. Crusher is concerned that LaForge isn’t getting enough sleep while he and the crew are working overtime to get their captain and the away team back. Really? Her husband, the father of one of her children, is imprisoned on a planet and threatened with having to answer for centuries old crimes, possibly with his life, and she’s worried about Geordi getting a nap in. That’s just one example of how thin the Star Trek parts are in this book.

[amazon asin=1501147315&text=If you are looking for a different kind of Star Trek tale, grab a copy of Hearts and Minds from Amazon.]

Ward even comments that this book is a weird tangent in the acknowledgements and thanks his editors for indulging him. Okay, that’s great, but how about not tricking the readers by putting Picard on the cover and pretending this is a Next Generation book, when clearly it’s more accurately an expanded universe offering. It’s not a bad book, it’s an interesting story, but be aware before you buy it that it’s not what it looks like.