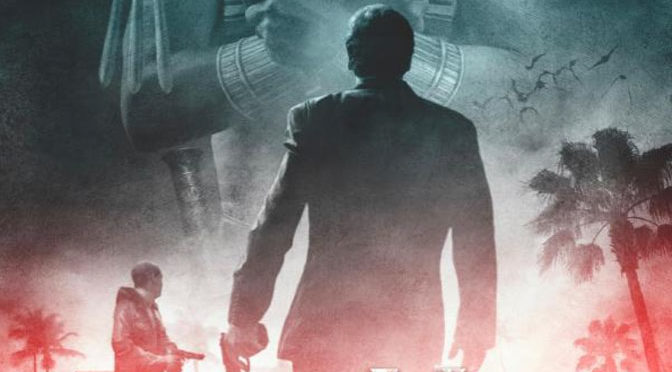 Hey all I’m back with a brand new author and his debut novel that I got from the wonderful people at Tor. It’s Graveyard Shift by Michael F. Haspil!

When poisoned artificial blood drives vampires to murder, the city threatens to tear itself apart. Only an unlikely alliance with former opponents can give Alex and Marcus a fighting chance against an ancient vampire conspiracy. 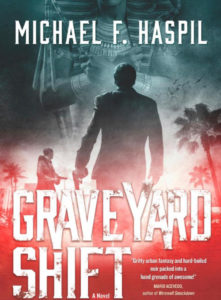 If they succeed, they’ll be pariahs, hunted by everyone. If they fail, the result will be a race-war bloodier than any the world has ever seen.

Plot: The plot is pretty good, and is a solid piece of Urban Fantasy work. Though it wasn’t the best I’ve read in the genre because I wasn’t as captivated by the story as I would have been by a Demon Accords book, it’s still quite good, especially considering this is the first published work by Mr. Haspil.

[amazon asin=0765379627&text=Spend a few nights on the Graveyard Shift with a copy of this great debut novel from Amazon!]

Characters: Alex and Marcus give off the buddy cop feeling, sort of. It’s not as apparent as other books I’ve read with the characters being a much more obvious pair of close friends. But I got that feeling, which was nice. That being said the rest of the cast is just as interesting as Alex and Marcus. I won’t spoil who was my favorite side character this time. Maybe in the next book I’ll be able to name who it was.

Overall: If you enjoy Urban Fantasy, Cop Thrillers, or just plain old Contemporary Fiction, Graveyard Shift will be right up your alley.

For those who like: Urban Fantasy, Cop Thrillers, Action, Mystery, Good Plot, Interesting Cast of Characters.