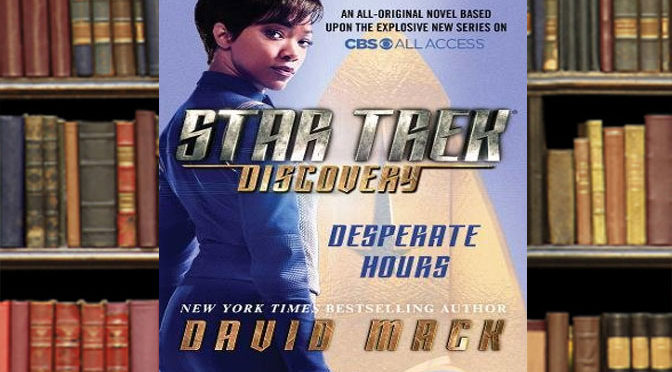 Desperate Hours, the first Star Trek: Discovery novel, gives the backstory for the series. We the readers are introduced to a younger Lieutenant Michael Burnham, a human woman foster raised by Vulcans (in the same household as Spock) and her first Captain, Philippa Georgia. Burnham’s warring brother-sister dynamic in the television series with the alien Saru is cemented when she is promoted over him despite his greater seniority and Starfleet Academy background.

Their first mission in Star Trek: Discovery: Desperate Hours after this promotion highlights the differences between the very confrontational Burnham and the very solicitous Saru. We find out that Saru is from an alien species called the Kelpien. He is a prey creature with hooves who has a sixth sense when danger is near and always takes the path of retreat, caution or diplomacy.

Burnham, while confrontational in many ways, carries more silent contradictions within her. A human raised by the Star Trek Universe’s legendary Sarek, she acts more Vulcan than a Vulcan and uses her logic in a sometimes aggressive manner, but also makes very loud “silences” when other characters try to engage and ask about her feelings. She constantly keeps her emotions in check and channeled into a relentless drive to win or succeed. It shows why she rises so fast compared to Saru, but also why she makes enemies, unlike Saru, who makes friends. 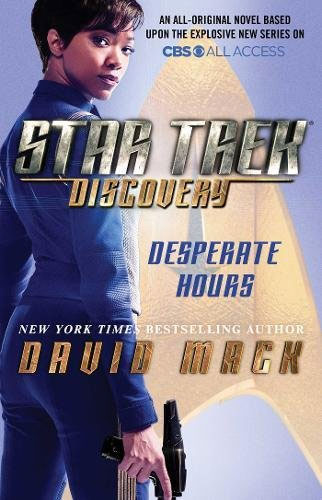 These conflicts come to the fore when the Starship Shenzhou makes its way to a planet in distress. This planet, outside the Federation, awoke an alien during an undersea mining operation. Being outside the Federation they can make a profit without following any Federation rules, but they do so without immediate Federation protections. This gamble proves their undoing when the awakened creature begins to attack the miners and the surrounding colonists.

The novel has many positive additions for longtime Star Trek fans. Burnham, being a foster child of Sarek and his human wife Amanda Grayson, makes her the sibling of series founding Spock! Spock and Burnham meet in the book and must work together to save the planet. To do so they must both work through their childhood traumas.

[amazon asin=1501164570&text=Dont let this one get away. Pick up a copy of Star Trek: Discovery: Desperate Hours from Amazon!]

One strength of the Star Trek franchise was to take on the discriminations of the day and portray them with a future context and with the backdrop of an alien culture. It also added an optimism that such discriminations can be dealt with and if not wholly solved at least mitigated to a more healing solution.

The way Saru and Burnham express their workplace sibling rivalry mirrors Spock and Burnham’s blended family and its inherent sibling issues. I have not seen the new show but now really want to, given the great dramatic conflicts and additions to the Star Trek universes’ family. This novel is a great place to start!