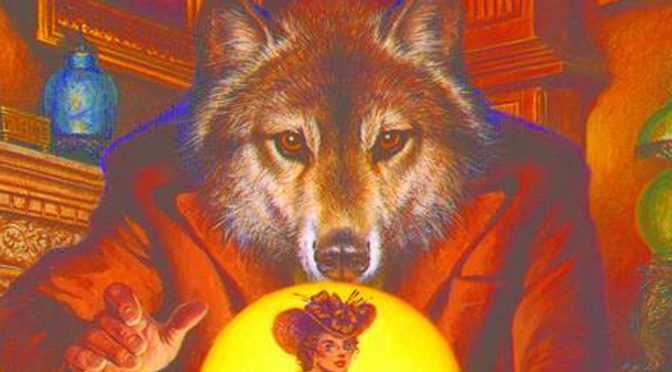 Hey everyone, I’m back with an Urban Fantasy series take of a classic fairy tale! It’s The Fire Rose by Mercedes Lackey!

Plot Synopsis: Accepting employment as a governess after hard times hit her family, medieval scholar Rosalind Hawkins is surprised when she learns that her mysterious employer has no children and only wants her to read to him through a speaking tube.

Plot: The plot highly resembles the classic fairy tale of Beauty and the Beast, with a few things being different. First it takes place in 1900’s San Francisco in an alternate world where magic exists, although most people are unaware of the existence of it. 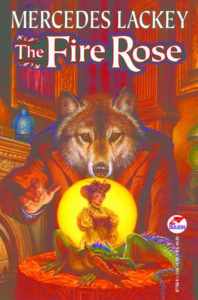 Also Rose, the main character, isn’t a damsel in distress as well, which is welcome to me. I’m tired of the trope, and it being subverted is a welcome surprise. That all being said, there are some serious historical views expressed in the book that aren’t in line with most people’s current way of thought. This may or not be an issue, but for me it was more of an annoyance.

Characters: We have three main characters for the most part, Rose, Paul and Jason Cameron. Rose is our female lead and Jason is our male lead. Paul is clearly characterized and meant to be despised for the scum he is. This all being said, I don’t see lots of character development being done in the book, with only minor changes in thought being the most prevalent form of it. It doesn’t make for the best characters, but they aren’t the worst I’ve read either.

Voicework: Here’s where the book falls apart completely, it’s read by Miss Kate Black-Regan, and she does a horrendous job of it. Sometimes butchering words, but most often the cadence of her reading is off and makes it somewhat “bumpy” for listeners. Thankfully later books in the series seem to have different Narrators, but this entry definitely suffers from her poor job with this book. I’ll definitely be on the lookout for her as a Narrator in the future, but only to avoid listening to her.

Overall: If you like Urban Fantasy, or a new take on a classic fairy tale, you’ll love The Fire Rose.

For those who like: Urban Fantasy, Reimagined Fairy Tales, Decent Cast of Characters.

Not for those who don’t like: Any of the above, or a poor Narrator.