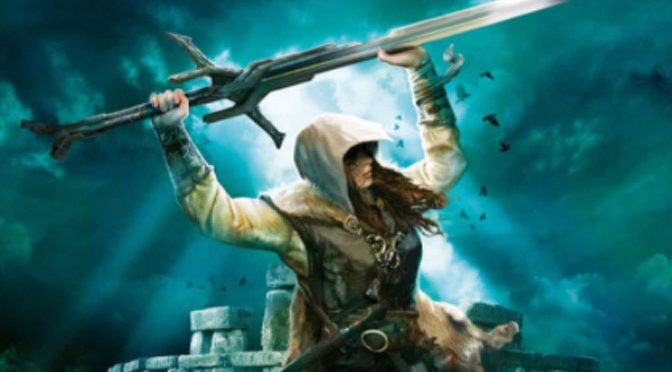 Plot: This book takes place shortly after the events of the game, or so I’m led to believe since I actually haven’t played an Assassin’s Creed game since Unity. But some of the other GiN folks have played them and they confirm that Sword of the White Horse begins just as the core game is winding down.

Regardless of the timeline, the book primarily deals with a completely new character, which is probably smart since there is a lot of ways that Eivor Varinsdottir could be configured by players, including whether or not Eivor was primarily a man or a woman. 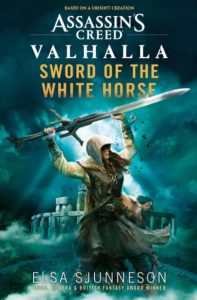 The new character is named Niamh. She is a witch-warrior in service to Avalon, which is a secret sisterhood whose members safeguard the land now known as Britain. As you can probably guess from that previous sentence, Excalibur and Arthurian myth is a fairly large part of this novel. I’ll admit it didn’t expand on them nearly enough for my tastes, but maybe it’s setting the stage for future novels or games which I would be excited to see. The plot is pretty good overall, but it definitely leaves a few things open-ended, which could be frustrating for readers. It certainly was for me.

Characters: Niamh is our main character and I enjoyed her quite a bit. The fact that she reminded me of Mary Read from Black Flag helps as well. Honestly, the fact that Niamh is a badass warrior woman was a very big high point for me, and it was handled incredibly well. We also meet a few other characters from Valhalla like Hytham and Valka, who were pretty interesting to me, though I was obviously unfamiliar with them myself.

Still while the supporting cast is pretty great, the star of the book is definitely Niamh, and everyone else is very much a side character at best.

Overall: Sword of the White Horse definitely expands the world you explore in Valhalla, which is great, although it could have handled a few things a bit better. Leaving plot threads unfinished and leaving the supporting cast very much on the sidelines was somewhat disappointing.

For those who like: Sword of the White Horse is a perfect read for those who enjoy mythology, historical fiction, badass female leads and – of course – the Assassin’s Creed video game, especially Valhalla.

Not for those don’t like: Any of the above, or open-ended plots that scream “plot hook” for future content.