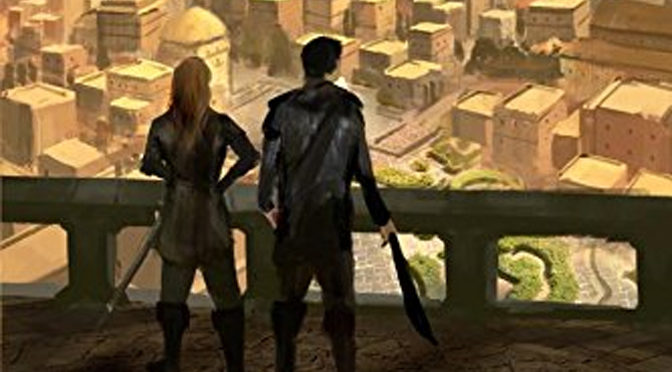 Hey all I’m here with the conclusion to the Castes and OutCastes series, A Warrior’s Penance. I unfortunately was unable to get the first two books from Audible as they weren’t published by them, but I did read them through my local library. If you want my thoughts on the prior two books, please read last week’s and tomorrow’s Bookish Wednesday. Here is where I’ll be covering the end with A Warrior’s Penance by Davis Ashura!

Plot Synopsis: Following Stronghold’s destruction, Rukh and Jessira lead the ragged remnants of the OutCastes on the long march to Ashoka. There they seek sanctuary for her people, but in order to do so they must overcome the unyielding law that demands exile for all ghrinas. Meanwhile, Hal’El Wrestiva – exposed and reviled as the Withering Knife murderer – escapes from Ashoka as his love and plans came to a violent end. 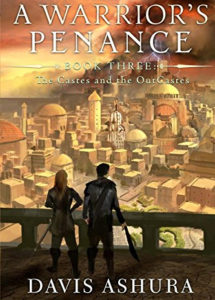 Plot: The plot of this last entry starts off relatively slowly compared to the prior two books, but that’s not necessarily a bad thing as the ending of the second entry, A Warrior’s Knowledge, was an emotional rollercoaster.  So with this emotional reprieve is how we start this final entry in the series. We get to see the dissolution of prior beliefs and a satisfying and an also somewhat bittersweet ending. There were some things that I didn’t think would happen, but plenty more that I saw coming. Considering that the series is aimed at young adults having too much come out of left field would be inappropriate, but I admire the way Davis Ashura balances following stereotype while also breaking it.

Jump into this amazing thriller with a copy from Amazon!

Characters: We don’t get to meet many more new characters in this final entry, and I won’t spoil anyone with naming my favorite. However I really did enjoy how all the characters we grew to love over the prior two books come to terms with the destruction of all they thought to know. I try not to discuss politics in my articles and reviews, it’s a frustrating venture at the best of times, but I enjoyed the political scheming of Rector Bryce in this final entry quite a bit. It’s a great turn around of a character whom I held in poor regard at the end of the first book.

Overall: A satisfying ending, and for those who haven’t read my posts regarding the rest of the series, a must read series for any and all fantasy lovers.

For those who like: Fantasy, Political Intrigue, Romance, Drama, Action, Fantastic Plot, and a Great Cast of Characters.

One thought on “A Divine Ending with A Warrior’s Penance”