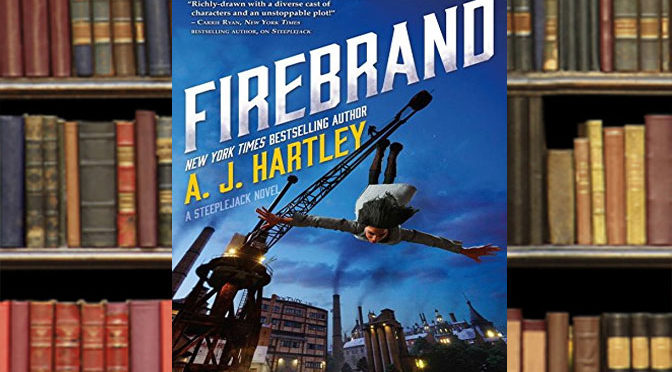 Hey all! I’m back with a sequel to a book I really enjoyed, and best of all, it releases today!

Plot Synopsis: Once a steeplejack, Anglet Sutonga is used to scaling the heights of Bar-Selehm. Nowadays she assists politician Josiah Willinghouse behind the scenes of Parliament. The latest threat to the city-state: Government plans for a secret weapon are stolen and feared to be sold to the rival nation of Grappoli. The investigation leads right to the doorsteps of Elitus, one of the most exclusive social clubs in the city. In order to catch the thief, Ang must pretend to be a foreign princess and infiltrate Elitus. But Ang is far from royal material, so Willinghouse enlists help from the exacting Madam Nahreem. 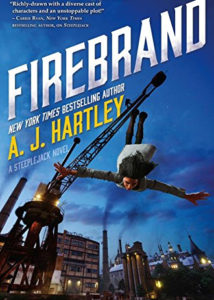 Plot: The plot is pretty great, and while I can’t say with complete honesty that I finished it in one sitting I only was unable to do so due to making dinner. There are a few plot devices in this entry that borrow from other books, namely Mistborn: The Final Empire. That isn’t a bad thing, and really if you’re going to use a trick from another author you might as well do so from the best Fantasy/Sci-Fi author out there right?

Climb to the height of adventure with a copy of Firebrand from Amazon!

Characters: Most of the cast from the first entry shows up, and while I’m happy to say that most are just as good as in the previous entry my favorite character other than Ang is Dahria (probably spelling that wrong). Of the newcomers though I have to say Madam Nahreem is my favorite, if only because she’s one hell of a strong female character who doesn’t take crap from anyone at all.

Overall: This is an excellent sequel to Steeplejack and it’s cementing Mr. Hartley’s place up near the top in the Young Adult fiction scene.