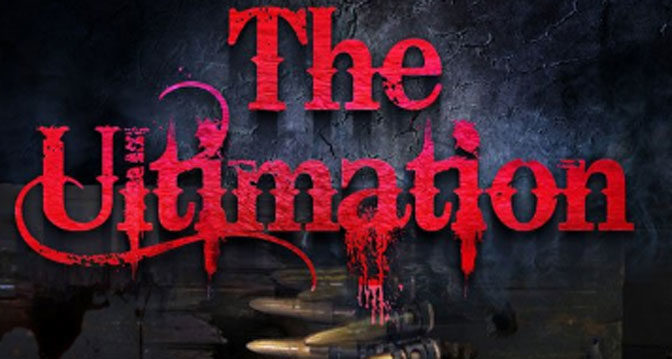 Hey all. I’m back this week with the latest entry in one of the pioneer LitRPG series made into audiobooks. It’s The Ultimation, Book 07 of the Play to Live series, by D. Rus!

Plot Synopsis: The magic flames are raging. Blades are melting. Souls are reduced to ashes in the fury of battle. The grand finale of the war for the First Temple is upon us. The last trump cards have been played, the reserves are all exhausted, and even the gods have engaged in the plebeian fight. The universe is on the point of collapse. Broken are the chains that held the worlds together. The icy waters of the Baltic cool the scorching sands of the Frontier. The creatures of AlterWorld spill the first blood on the quiet streets of Earth’s cities. What is Max to do? Become embittered and butcher his enemies? Seize the deserted castles and abandoned lands? Attempt to save the one who had given her life for him? Or try to win the jackpot by finding a way home, back to Earth? 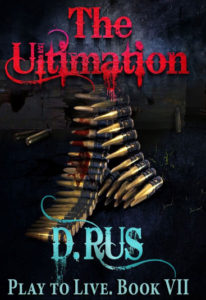 Plot: The war for the First Temple is over, and everything is in chaos after the end of Book 06. This is probably one of the more intense entries in the series, because it goes from one fire to another, and everything is going wrong for the Permas in AlterWorld. With the betrayal of Asmodeus at the end of the previous book, we have the set up for the majority of this book’s conflict. Asmodeus has now gotten back to Earth after AlterWorld has finally become it’s own dimensional entity no longer held by the servers where it once was a game, and all hell breaks loose.

I enjoyed this entry quite a bit, although there are some portions that made me go “What?” due to the fact that this is a series that was originally published and written in Russia. This leads to some odd scenes, like the one where the author sticks Arizona and Alaska next to each other. As someone who lives pretty much between the two States I can tell you that the scene that occurs can’t actually happen. But other than that, it was a great entry.

There are some threads left at the end of the book, and I don’t know if the author will continue the series, I hope he does as he has just barely touched the potential of
the series in my opinion. Either way though I enjoyed this entry quite a bit.

Characters: We get Max finally going out on his own after shouldering so much responsibility as the First Priest of The Fallen One, and it’s a great relief. We also get some interactions with some of the best characters we’ve met over the course of the series, including Fuckyall (that’s really his name) and Dan everyone’s favorite cloak and dagger.

Overall: This is a great entry in the series, I hope it’s not the final entry, but it’s definitely worth the listen or read.

For those who like: Gaming, Any of the Novels I cover in my Translation Necessary Thursday Columns, MMO’s, LitRPG Novels, Action, Adventure, Comedy, Drama, Excellent Cast of Characters, Good Plot.

Not for those who don’t like : Any of the above.