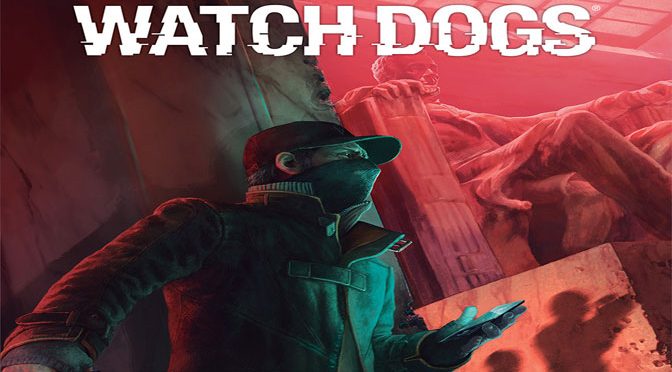 Hey all I’m back with another book review, this time with a Ubisoft game as a tie in for the novel. It’s Watch Dogs: Stars and Stripes by Sean Grigsby and Stewart Hotston.

Plot: This is a prequel story to the Bloodline DLC from the Watch Dogs Legion game which famously reintroduced the original game’s protagonist Aiden Pearce. Watch Dogs: Stars and Stripes is really good. To put that in perspective, I binge read it the whole thing in about six hours almost immediately after receiving a copy from publisher Aconyte. Those of you who know me should take that as a really good indication of how much this action-packed novel held my attention.

Editor’s Note: Check out our full review of the Watch Dogs Legion game.

The plot of the Watch Dogs: Stars and Stripes novel finds Aiden taking down a Neo-Nazi group in the Washington DC area. And it does cover some pretty controversial things that occurred over the past couple years, which is honestly refreshing because Aiden pulls no punches when dealing with the scumbags in this book. 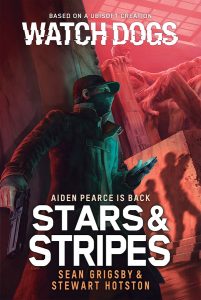 The book is not yet available but should be out soon through Amazon and other retailers. The publisher asked that we not reveal too many spoilers for the novel, so this review might be a little smaller than normal. But suffice to say that this is a book that Watch Dogs fans will really want to check out, as well as those who enjoy a good action-oriented story.

Characters: In addition to reintroducing us to Aiden, Stars and Stripes also features some good supporting characters like Jordi Chin from the first Watch Dogs game. Honestly, the characters in this novel are all pretty interesting, excepting the Neo-Nazi’s of course. It’s very satisfying to see them get metaphorically and physically punched out in the story.

That being said it’s also very obviously not a novel where new characters are going to be introduced to the wider canon of the series. Also, Aiden isn’t fleshed out in any appreciable form beyond what we learned in the first game. He’s given a bit more depth than the atrocious handling of him from the original Watch Dogs, but he’s still not nearly as likable as Marcus from Watch Dogs 2.

Overall: This is a really good entry into the Watch Dogs story that serves to reintroduce Aiden Pearce and what he was doing before the events of the Bloodline DLC. For those who are not already fans of the Watch Dogs franchise, then consider Watch Dogs: Stars and Stripes as a fairly typical but good thriller set in the not-too-distant future.

For those who like: Watch Dogs, Action, Drama, Kicking Neo-Nazi’s butts, and Aiden Pearce.