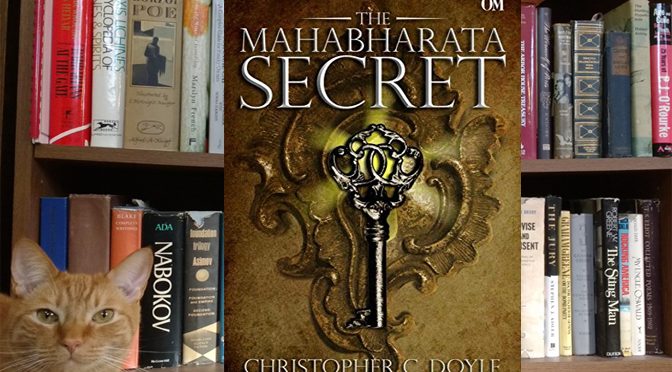 Hey all I’m back with a review for an audiobook that is inspired heavily by Dan Brown’s works. It’s The Mahabharata Secret, The Mahabharata Quest Book 1, by Christopher C. Doyle!

Plot: First let me get this out of the way, this book is the first in a series of books, but the series really “started” with the second entry or the first book in the Mahabharata Quest. So sort of a prequel, but not really since it was written before the second chronological entry, which is why I’ve labeled this as the Book 0 in that series.

The plot like I mentioned above is heavily inspired by Dan Brown’s works, like The Da Vinci Code and Angel’s and Demons, however Mr. Doyle takes his own cultural mythology and brings it to us Westerners. For those unfamiliar with the name of the Mahabharata it’s an Indian Sanskrit Epic that contains some of the greatest heroes of Indian and Hindu mythology, like Arjuna and Karna. It’s also the longest Epic Poem known to date. It’s essentially the Indian version of the Epic of Gilgamesh or the tales of King Arthur. So I was really intrigued by the use of the Mahabharata as both a plot device and as background “setting.” 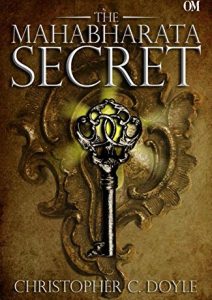 I won’t get into the plot itself too much, since it would super spoilerific, but the comparisons to Dan Brown’s works is very apt, and The Mahabharata Secret has a group of young adults dealing with the mysteries of long ago stories having an impact in the modern era instead of focusing solely on a single character like Robert Langdon in Dan Brown’s series. There are more books after The Mahabharata Secret so I’m looking forward to listening to further entries.

Characters: While the plot is good, sometimes I wanted to throttle the characters we meet in The Mahabharata Secret, particularly Vijay and his group of friends. I won’t go into the why, but I got very frustrated with some of their actions at times.

Voicework: Swetanshu Bora is our narrator and he does a great job of bringing the cast and story to life. It was great hearing someone with knowledge of Hindi speaking the unfamiliar names that I’ve only ever read and not heard pronounced.

Overall: A fun book, though at times I wanted to strangle some of the characters.

For those who like: Dan Brown’s works, Mythology, Mythology and Modern History tied together, Fantastic Plots, Excellent Voicework.

Not for those who don’t like: Any of the above, or occasionally idiotic characters.