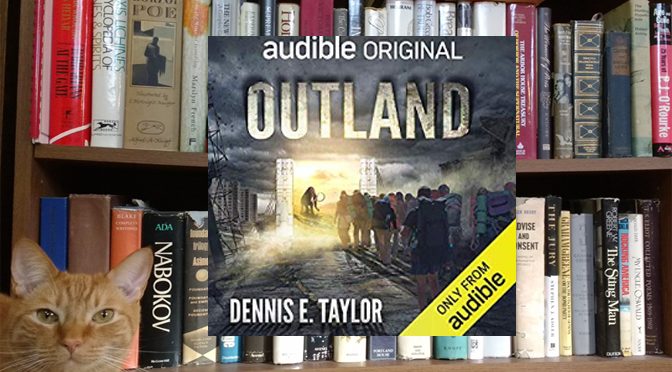 Hey all, I’m back with another story from the author of the Bobiverse series. It’s Outland, Quantam Earth Book 01, by Dennis E. Taylor!

Plot: This is a rewrite of Mr. Taylor’s first ever published work, and while I have not had the pleasure of reading that older version, I can tell you that this is likely a much better written story. That being said, there are parallels to other works, specifically Terry Pratchet’s Long Earth series. However it isn’t plagiarism of that work, and personally I found Outland much more entertaining, albeit a tiny bit cliched. The “science” behind the main plot device could possibly very confusing for many people even with the blatant hand holding. 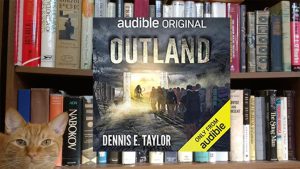 Personally I only understood it because I played, ironically of all things, Fate/Extella which deals with what that game terms Quantum Time-Locks and while that specific concept is completely opposite to what Outland uses, those concepts were enough for me to understand the basic gist of what was going on. So reading up on parallel world theories may be a good idea if you get confused while listening to the story.

[amazon asin=B07PSKF64R&text=Check out this new take on disaster with a copy of Outland from Amazon!]

Characters: The entire cast is fairly interesting, but my favorite characters are Erin and Miranda. Now those who know my preferences probably already know why those two are my favorites, but for those who don’t I’ll briefly explain. Erin and Miranda are two highly competent and driven young women who take crap from no one, which is something I admire greatly in characters and them being main characters is just a big plus.

Voicework: Ray Porter lends his voice once more to Mr. Taylor’s works and does a great job of it. I won’t say much more than that, as I found his work to be as stellar as usual.

Overall: Anyone who likes Doomsday stories, or just Contemporary Sci-Fi, will find great enjoyment in Outland, though the sequel is years away according to the author which is a bummer.

For those who like: Sci-Fi, Doomsday Stories, Great Plot, Fantastic Cast of Characters, Excellent Voicework.