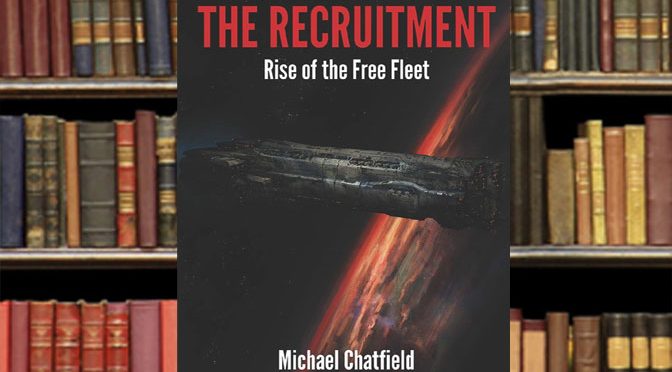 The Recruitment Rise
of the Free Fleet

Hey all I’m back with another Sci-Fi series from the good folks at Audible. It’s The Recruitment, The Free Fleet Book 01, by Michael Chatfield!

Plot: The plot is pretty good, and although there are some personal issues I have with the way characters are handled, this was the author’s first book he ever wrote and since I have enjoyed his other series that I’ve read and listened to, I slogged through those issues. It was worth it, because the action mostly makes up for the stuff that happens in the first hour and half. If you have issues with child abuse or torture you may not want to read the book, but try to get through that first hour and a half listening to the audiobook. 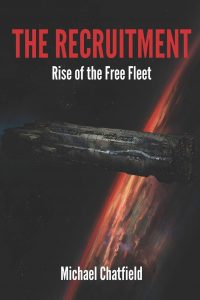 Characters: James “Salchar” Cook is our main character, and he’s pretty interesting. He’s got some serious character flaws though, being naively and stupidly stubborn and being much too focused on leading from the front are my two key issues with him. Hopefully these issues are purely there for character growth, but they do get annoying to deal with as a reader.

[amazon asin=1989377092&text=Start a new series! Pick up The Recuritment Rise of the Free Fleet from Amazon today!]

The plot of the book is that Cook is a gamer who was kidnapped, alongside 20,000 other humans, by an evil syndicate of aliens who need them to fight a war. Cook decides to fight back against his captors, and becomes more and more like his gamer persona as he learns to embrace it to become a leader along the way.

The rest of the cast is pretty great as well, but my favorite character is probably Yasu, even if she’s just as frustratingly stubborn as James at times. However I’ve always had a soft spot for kickass female characters, and she seems to be our female lead for the series which is another point in this series favor, although whether that holds true remains to be seen in future books.

Overall: A great start to a series, even if there are some very blatant flaws that seem to be purposely built for character development with little subtlety to cover the author’s intentions.