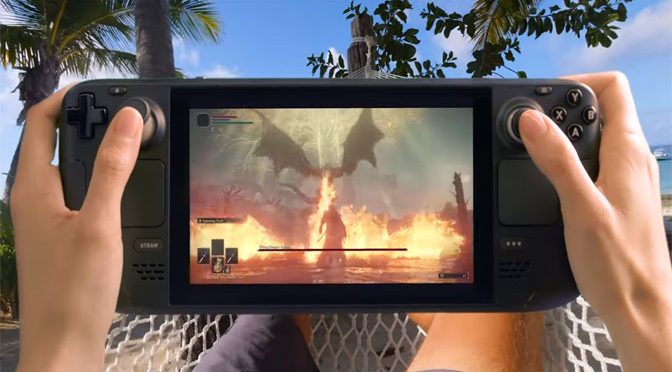 Valve is excited to announce the official launch of Steam Deck, the powerful all-in-one portable gaming PC first revealed by the makers of Steam over the summer. Emails with order details start going out today to the first customers in the queue, with devices shipping immediately after. Steam Deck is the first handheld device designed to play Steam games, with a custom processor developed in cooperation with AMD that makes it comparable to a gaming laptop. You can play games from your Steam library wherever you go; and as an open PC, you can also install any software or connect … END_OF_DOCUMENT_TOKEN_TO_BE_REPLACED 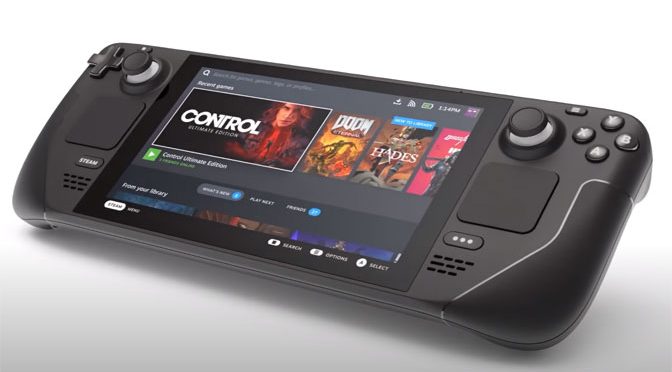 Wondering what games will run on the new Steam Deck hardware? Steam has got you covered. Steam just announced Deck Verified, a new system to help customers see at-a-glance how games will play on Steam Deck. Valve is reviewing the entire Steam catalog, and will be categorizing each game by its level of compatibility with Steam Deck. Customers will see these categories on the Steam Store and in their own Libraries. Check out the Steam Deck Verified page to find out more. Publishers: Valve Platforms: Steam

The Steam Digital Tabletop Fest is back this October. From October 21 to 25, join in celebrating tabletop gaming with discounts, livestreaming events, and more. This year (its second!), the event will feature a special focus on Role-Playing Games, though any tabletop games are welcome to join. Registration for Steam Digital Tabletop Fest: RPG Edition is open now through September 23rd for eligible titles. Register and learn more here: https://store.steampowered.com/news/group/4145017/view/3002197683032288108 Publishers: Published on Steam, Valve Platforms: Steam 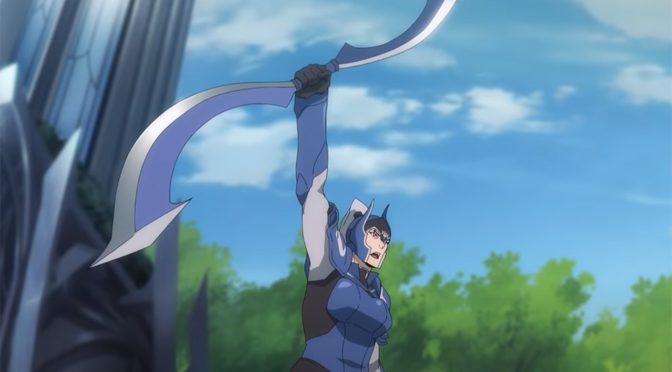 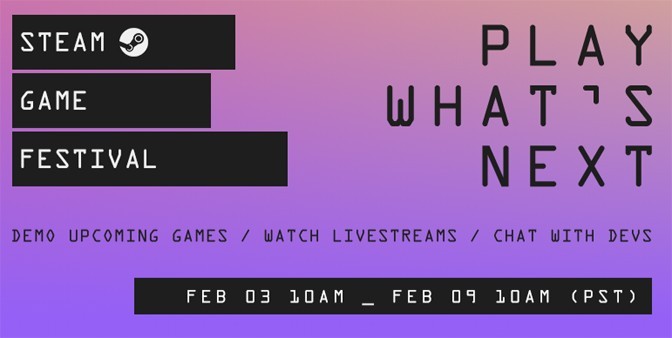 The Steam Game Festival: February 2021 Edition kicks off Wednesday February 3rd at 10AM PST, with hundreds of brand-new demos for fans to Play What’s Next for free through Tuesday, February 9th at 10AM PST. The event features over 500 demos across multiple genres, plus developer-hosted livestreams and chats. And, in a new addition for this edition (see what we did there?) The Steam Game Festival will livestream its own show on the event page and Twitch for the first day of the festival, featuring a select group of demos. Publishers: Valve, Valve Software Platforms: Steam 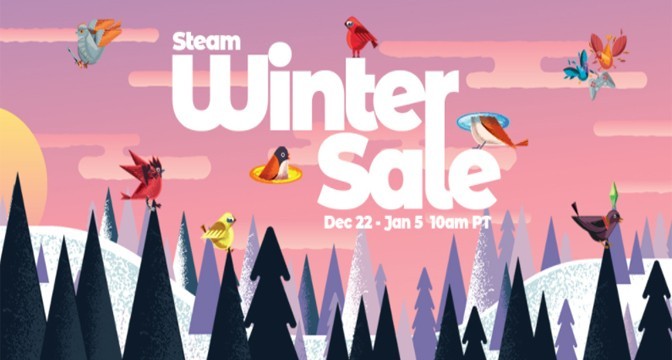 The 15th Annual Steam Winter Sale is on now thru January 5th, offering big savings on thousands of titles, new seasonal items in an upgraded Points Shop, and the chance to vote for the final nominees in the 5th Annual Steam Awards. In addition to offering massive savings on thousands of titles, the Steam Points Program is updated for the event with new seasonal items — including animated stickers, avatars, and the Seasonal Profile — plus additional upgrades and community awards to redeem for Steam Points. Meanwhile, Steam Chat now includes in-line chat reactions with emoticons and animated stickers. Don’t … END_OF_DOCUMENT_TOKEN_TO_BE_REPLACED 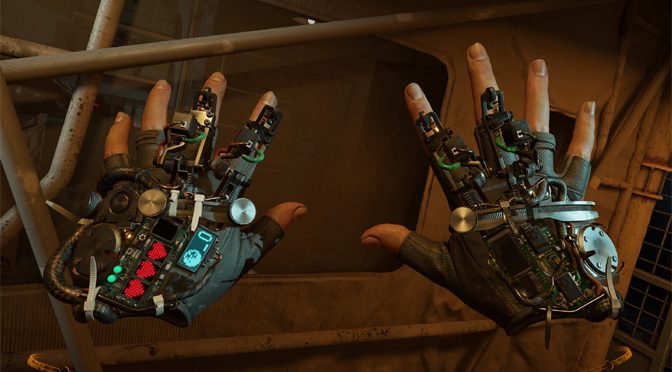 This week our modern gamer tries out the Valve Virtual Reality gear with a few great games like Half-Life Alyx and Beat Saber, as well as some drawing programs. It was great fun, but we don’t know if we will ever get her back to real life. 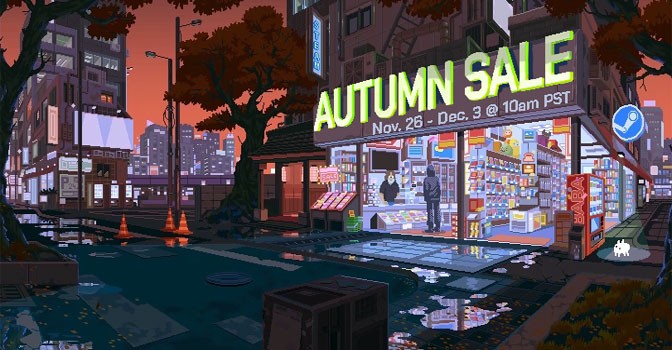 From now thru December 3rd at 10 am Pacific over 13,000 titles will be offered at special savings as part of the Steam Autumn Sale. In addition, the nomination phase of the 2019 Steam Awards is on now. The Awards will feature a total of eight categories, four of which are new this year. Voting will open in December. And the Winners are planned to be announced on New Year’s Eve. To check out the sale, please visit www.steampowered.com For nominations, please visit http://store.steampowered.com/steamawards/nominations Publishers: Steam Online Service, Valve, Valve Software Platforms: Steam 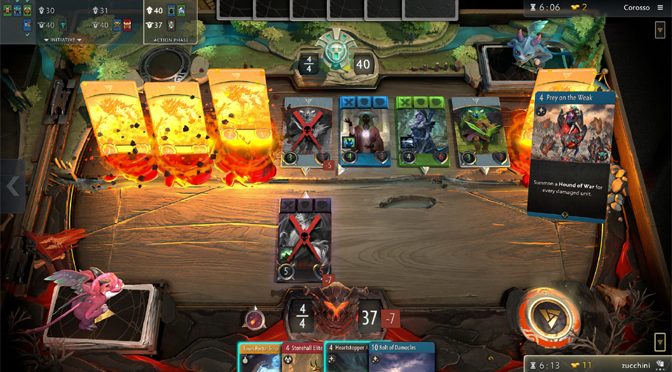 Combining elements of DOTA-style, real-time arena combat with the deep strategic thinking of an advanced computer card game, Artifact is one of the most unique, challenging and fun CCGs to come out in a very long time.

Valve is unveiling its annual list of the top-selling and top-played games on Steam in 2018. Like last year, they have built five lists including: Top Sellers, Top New Releases, Top Selling VR Titles, Top Early Access Grads, and Most Played Games. There are some surprises on the lists, but probably not too many. Check them all out over on Steam! Publishers: Valve, Valve Software Platforms: PC, Steam