Slitherine LTD, the world’s leading publisher of digital wargames and strategy games, in collaboration with Sony Pictures Consumer Products, announced today “Starship Troopers – Terran Command,” a real time strategy game based on TriStar Pictures’s iconic 1997 movie to be released for PC in 2020. “If you take one of the most iconic movies from the 90s and shape it into a strategy game of survival, that mixes classic real-time mechanics, tower defense and tactical deployment of units then you have ‘Starship Troopers – Terran Command’ in a nutshell”, says Iain McNeil, Development Director at Slitherine. “Modern strategy games are … END_OF_DOCUMENT_TOKEN_TO_BE_REPLACED 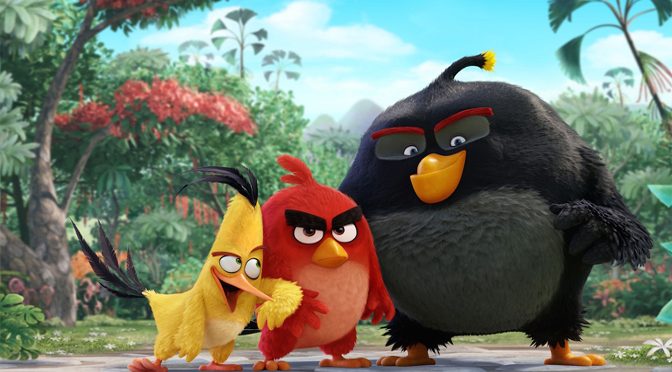 As Sony Pictures in association with Rovio Entertainment once again join forces on The Angry Birds Movie 2, the filmmakers have brought together a hilarious all-star cast of new and returning talent for the flightless birds and scheming green pigs as they take their beef to the next level. The Angry Birds Movie 2 is slated to fly into theaters on September 20, 2019. The first film’s birds and pigs – including Jason Sudeikis (We’re the Millers, Horrible Bosses) as the temperamental Red, Josh Gad (Beauty and the Beast, Frozen, Murder on the Orient Express) as speedy Chuck, Bill Hader … END_OF_DOCUMENT_TOKEN_TO_BE_REPLACED