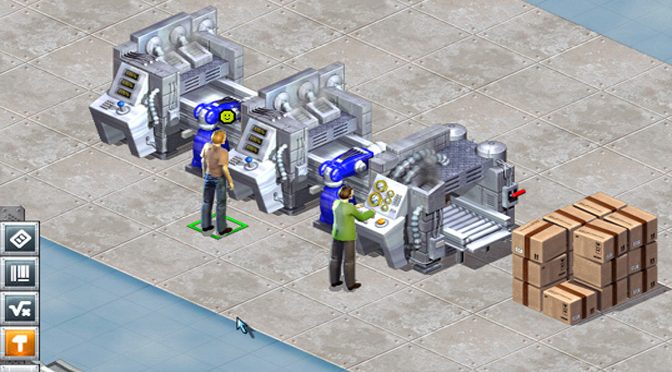 As a new feature for GiN, we will occasionally be taking a look back at games from simpler times that were published many years ago. This week we spotlight Start-up, a game about building a business empire during the roaring 2000s. 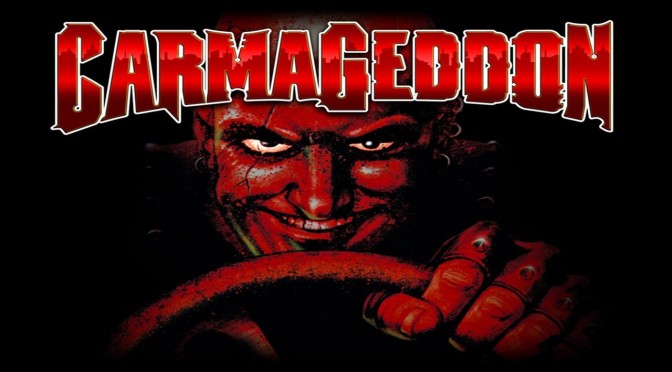 Michael’s back with a game that made old farts froth at the mouth like the rabid dogs they were for this week’s Retro Game Friday! It’s time to glorify vehicular manslaughter with Carmaggedon. Disclaimer: Michael does not actually condone any such act and condemns anyone who performs them.

MDK2 HD. Enough said! Or…maybe not. The fine chaps at Interplay Entertainment Corp. and Overhaul Games are pleased to announce the impending launch of MDK2 HD, bringing Interplay’s wacky action-adventure to a new generation of gamers. With a visual overhaul that would make a Publishers: Interplay Platforms: PC 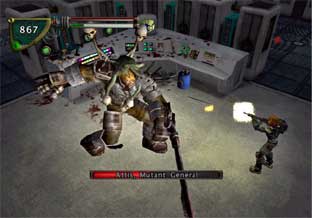 Moving away from the RPG interface of the PC, Fallout Brotherhood of Steel on the console is a two-fisted foul-mouthed gritty hack and slash adventure.

I’ve had trouble trying to put my thoughts on Hunter: The Reckoning (Interplay) in a coherent format. Some aspects of the game appeal to me and some don’t. And those that don’t almost repulse me. I received an assist on this recently when I hosted a party at my home. The kids fired up the XBox and began playing Hunter. Most of the kids thought it was cool (except for two who thought it was dumb) and every single one of the adults thought it was terrible. That’s when I think I discovered what was bothering me: this isn’t a … END_OF_DOCUMENT_TOKEN_TO_BE_REPLACED

Normally I review the so-called hardcore RPG games. You know, the ones where you have about 30 different quests going on at the same time, have to concentrate on party interaction, follow main, romance and side quests and generally take a lot of notes. I never got into the Icewind Dale series because I was told they were hack and slash titles, with lots of combat but not much role-playing. Another staff member told me that they were actually pretty good and wanted to know if I wanted to try my hand at reviewing it. He assured me that I … END_OF_DOCUMENT_TOKEN_TO_BE_REPLACED

Baldur’s Gate: Dark Alliance takes the monster-hit PC role-playing series into new territory – the console platform. And thankfully, the game is more than worthy of its namesake. Hardcore PC role-players should note that Dark Alliance is at its core, a console game. While not every quest is solved with combat, for more than 90 percent of the game you will probably be slaying something. But where other console ports like Diablo failed, Dark Alliance really shines. The flavor of the Forgotten Realms comes through perfectly. People you chat with look realistic, even when zoomed in, and all the voice … END_OF_DOCUMENT_TOKEN_TO_BE_REPLACED

So, you have to save the world again. This time all war has been abolished (or so they thought). The world is a place where you can get whatever you want at the nanoreplicator on the corner. Piece reigns and all is well because nobody needs anything. Enter the bad guys. A small group of would be dictators are not happy with the current situation, as they are not in charge. They have been secretly keeping old weapons systems alive and have been updating them with new technology. The unsuspecting world knows nothing of this until missiles start dropping. No, … END_OF_DOCUMENT_TOKEN_TO_BE_REPLACED

There are two ways you can spend the holiday season. The first involves dinner with the family, huge lipstick-smeared kisses from aunts you barely know and riveting conversation about how in the old days people walked to school in the snow and it was uphill both ways. And then there is the fun way: Baldur’s Gate II. It was almost a given that the sequel to the winner of the GiN RPG of the Year would be awesome. About the worst thing that could have happened is that nothing at all would have changed, and even then Baldur’s Gate II … END_OF_DOCUMENT_TOKEN_TO_BE_REPLACED

Four games and several years ago, the Baldur’s Gate saga was born in this fine nation. The original game caused a revolution in the way people, especially PC gamers, thought about role-playing games. It was probably the first RPG to sell over a million copies, and it did it in less than three months. The follow-on pack, Tales of the Sword Coast, was not met with the same critical acclaim, but none-the-less added something to genre, namely the now popular "super-huge-you-can-play-for-weeks-inside-dungeon." Then came the actual sequel, Baldur’s Gate II: Shadows of Amn. All these titles were fun to play and … END_OF_DOCUMENT_TOKEN_TO_BE_REPLACED