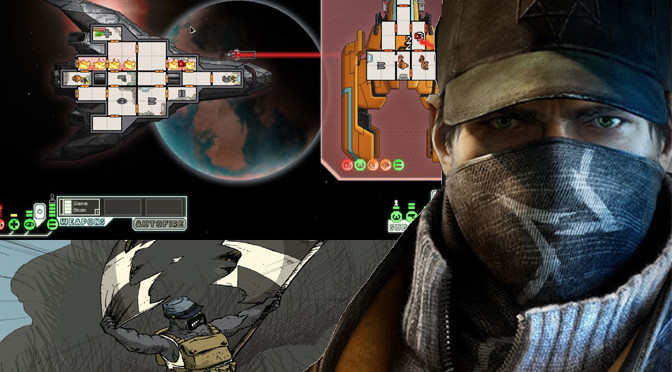 Does 2014 seem a little slow to anyone? There have been some nice games for sure, but compared to other years, there just doesn’t seem to be too many of them. Perhaps that is the fact that we have new consoles that developers are still figuring out, or perhaps its because there was so much stuff released over the Christmas holiday. In any case, it’s not a total loss. The indie developers have stepped up in a big way. And some triple-A publishers like Ubisoft have really stepped up with top tier games like Watch Dogs and smaller indie-like titles like Valiant Hearts: The Great War and Child of Light.

So what do you think the future holds for the games of 2014? Are we still going to be subjected to some hits and some misses, or will the release of great games bust wide open. Or, do we have to wait till 2015 to have another blockbuster year?