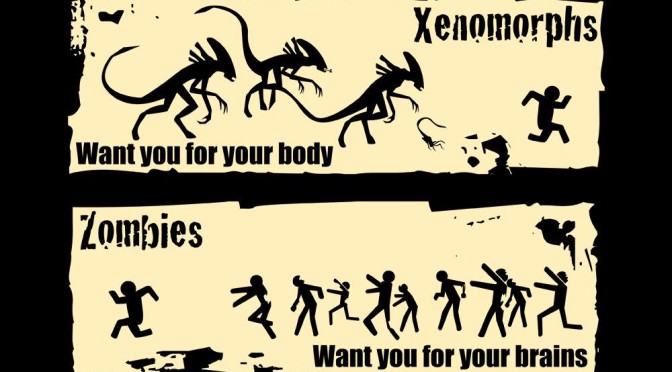 James and Chella are back on Argue the Toss and this time, they’re

It’s zombies vs aliens – which would you rather fight, in a dire, save-the-world-against-an-invasion type scenario?

Sounds simple enough, but don’t be so sure. Chella and James examine all the angles and then come full circle. No, it’s not geometry, it’s just Argue the Toss.