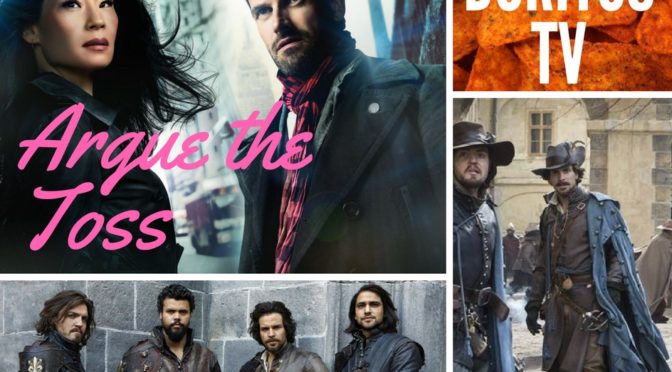 What’s your Doritos TV? That’s the question on Argue the Toss this week.

It’s a dry week for releases, so, with no games afoot, the ATTeam turn to a very special genre – the episodic controllerless videogame, known to connoisseurs as ‘television.’

After a busy couple of weeks, Chella and Drew have returned to their homes to see what’s on, and talk about shows that they always want one more bite of – Doritos TV. Drew discusses his Elementary binge, while Chella delves even further into literary history with the BBC’s The Musketeers.

Meanwhile, Drew tries to write a decent show blurb, realises he doesn’t know any good Three Musketeers references, and ends up feeling like a Dumas.