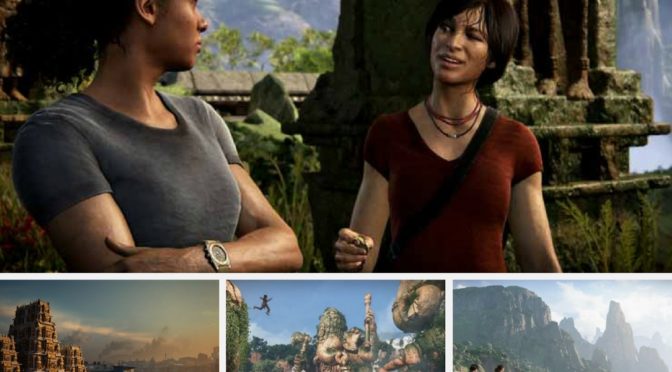 We’ve been waiting a while for Uncharted: The Lost Legacy. And then we had to wait a bit longer, because of technical issues. The primary mainframe in the ATT Tower became self-aware and went rogue, trapping us all in a seemingly endless series of psychotic life-or-death games designed to test human beings to their breaking point, and it wouldn’t let us record any podcasts. Also, Drew’s headset broke. No wait, hold on, was it… was it just the second one? The headset thing? Yeah, sorry, it was just that the headset broke. The ATT Tower mainframe is fine, and all the computers are fine, except for that one robot guy.

This week’s Argue the Toss has literally nothing to do with robots or mainframes so sorry if you thought this blurb was gonna be consistent in theme. It’s Uncharted: Lost Legacy this week. There’s no robots in it, unless you count big automated statues that move and respond based on specific patterns of physical input, of which there are a few. And actually that’s exactly what a robot is. Excellent. Good.

Also herein a brief discussion of a Noted Internet Racist’s latest horribly offensive twattery, and if we’re very lucky that’ll be that last time any of us will ever have to think or talk about Pewdiepie again.

Yeah, I’m not convinced either.