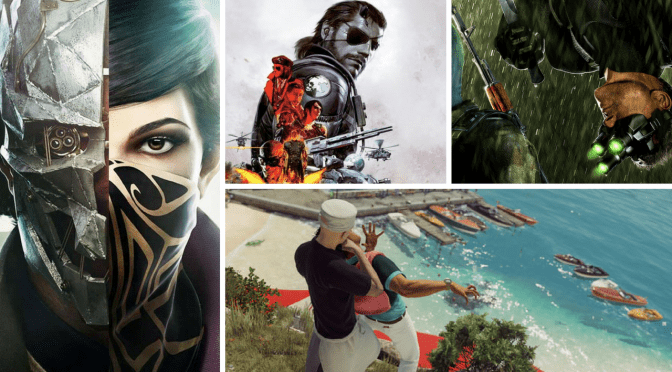 On a walk home with a friend, Drew and Chella got to thinking about stealth games and this episode is the result of that thinking. The conversation began with Splinter Cell and how that seems to mark a certain era of gaming, when stealth was a genre in and of itself. Fast forward to 2018 and stealth has become a mechanic that easily slots into a whole slew of games.

In this episode, the ATTeam discuss their favourites and take a look at the evolution of stealth games.  They also look back without fondness on those days when every game had a stealth section, whether it warranted one or not.

From the pure stealth of Metal Gear Solid, to the seamless inclusion of stealth mechanics in more cinematic games like The Last of Us, it’s become a mainstay in many games. The release of the new Marrakech segment of the Hitman Summer Pack sparks a conversation about the difference between stealth, espionage and pure sneaking. If that’s the conversation you’ve been waiting for, then please step right this way.