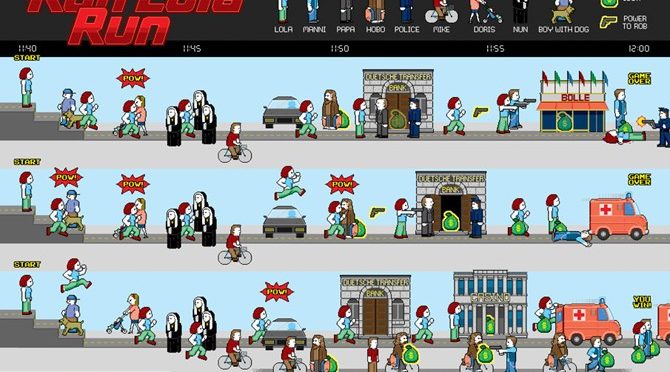 There’s a long and spotty tradition of films being made into games. Usually, the big blockbusters get a lazy movie tie-in, with the occasional gem like The Chronicles of Riddick. But there are so many movies that could be great games, even the ones you least expect.

This week the new John Wick film comes out, hot on the heels of Mike Bithell‘s announcement of his new John Wick game. John Wick Hex promises a considered adaptation of the films, using the trademark choreographed fight sequences to create a chess-style strategy game. Inspired by this upcoming game, the ATTeam have devised a list of movies that would make interesting games.

Looking beyond the usual action movies, Drew and Chella take some of the genres that aren’t often explored in games and try to design mechanics that could translate movie magic into gaming glory.

Would you play their games of classic films? Let Drew and Chella know.