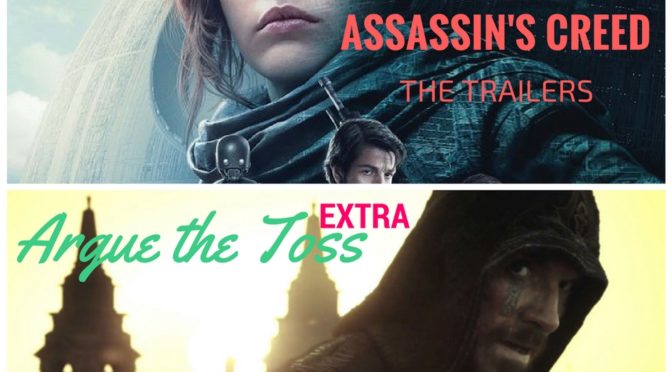 Drew and Chella discuss the latest trailers for Rogue One and Assassin’s Creed in this Argue the Toss Extra episode. They turn their critical eye to these upcoming films and deliver their verdict.

Dodgy dialogue and all star casts, plus pretty visuals mean there’s lots to debate about these films. There’s never been a good film of a game, but will Assassin’s Creed break the curse? And can a Star Wars prequel ever be a good idea?

All this and the Spanish Inquisition await you in this episode.

With so many announcements flying about the worlds of games and films, the team are back in the studio to cover the news, so make yourself comfortable and tune in. Let the Argue the Toss team know what you think of the new trailers. Are you excited, frightened, giddy or none of the above?