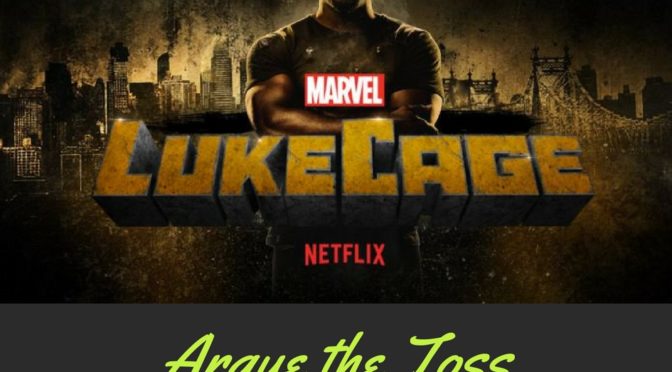 Sweet Christmas! It’s the Luke Cage episode. After an impressive parade of technical issues, Argue The Toss is delighted to welcome back our now technically regular guest Corey Brotherson, for the third attempt at the second half of his first appearance.

This week the ATT daring duo and their plucky plus-one return to the Marvel Universe and hit the streets of Harlem with Luke Cage Season 1.

Luke Cage had a lot to live up to. From a long line of successful Netflix Marvel shows to a whole community wanting them to do the first black standalone super hero on screen justice. The team jump in and discuss where it succeeded and where it failed. Spoiler-free.