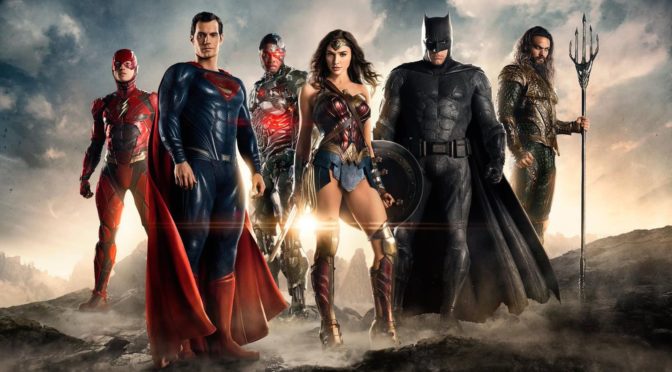 Five years after The Avengers, DC have finally brought all their most popular heroes together and Aquaman and Cyborg for their take on the Big Silly Superhero Crossover Event Movie, differentiating themselves from Marvel by taking the bold step of not having properly introduced literally half the characters before the launch of the film. Will this work in its favour, or will having introductions for three separate superheroes slow the beginning of the film right down, like you’d expect it to? Will the ATTeam finally really like a Zack Snyder film, or, you know, obviously not?

Then it’s on to the first new Star Trek series, Star Trek: The Space-Fungus Adventures of Spock’s Little Sister Michael. Despite the ridiculous premise that I’ve just shamelessly taken out of context to make it sound even sillier, it’s actually a bit good.

Warning: This episode contains a plot spoiler for Justice League that’s dropped without warning, but the good news it’s THAT spoiler. You know, the main one. The one you obviously know already if you’ve paid any attention at all to Justice League pre-release, or if you know anything at all about the character in question, or if – long shot – you were awake during the end of Batman vs. Superman. If you’re still wondering if you’re thinking of the right spoiler, rest assured that there are literally no other plot points of interest to spoil in the film.

There are no major spoilers for Star Trek: Discovery, but Drew definitely knows one which Chella doesn’t so listen out for the mystery noise he makes when the conversation veers towards it.

Argue the Toss is available on iTunes and all podcast places. Let us know what you think of Justice League and Star Trek Discovery or things you’d like us to Argue the Toss about.

One thought on “Justice League review: not bad just boring”