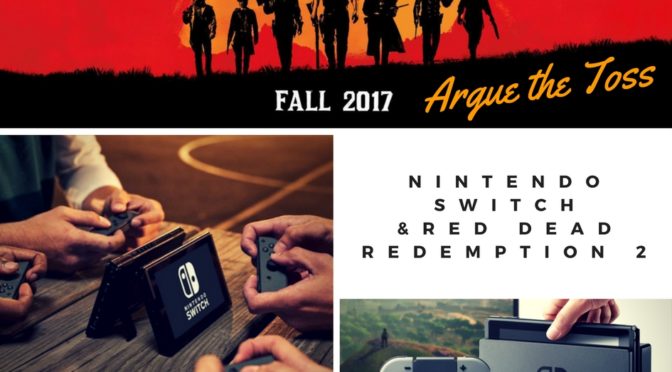 Folk still tell tales of the day the stranger walked into town. Stood in the doors of the saloon like the shadow o’ Death, hands poised over his two hip-slung holsters, where his weapons slept so lightly. All eyes upon him as he stalked towards the bar. Locked eyes with McGinty the bartender. And he spoke, in a voice that was sand, and drought, and Time.

“I’m here for the sheriff,” the stranger said.

McGinty swallowed. A bead of sweat dripped from his jutting brow.

“Sheriff ain’t been in this morning.”

The stranger’s draw was quick as lightning. Threw back the tails of his battle-scarred duster and whipped both of his armaments out of the holsters. They spun, once, in his hands. And then, with practised accuracy, he slid each one into the waiting grooves either side of his Nintendo Switch, flipped open the kickstand, and struck up a game of Mario Kart.

This week Argue The Toss finally catches up with the flood of recent trailers, releases and announcements with a double-bill episode covering the announcement trailers for Red Dead Redemption 2 and the Nintendo Switch console.