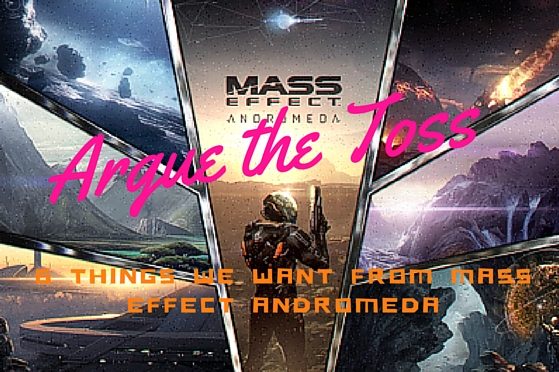 Drew is on holiday, so Chella invites John Breeden (GiN editor) back on the show to talk about the upcoming addition to their favourite space opera, as they discuss Mass Effect Andromeda.

Mass Effect Andromeda is set to release in March 2017, so Chella and John are discussing the things they want to see in the next space epic from BioWare. From space combat to better relationships and more alien cultures, they know what they’ve got a shopping list for the developers.

Let the team know your top wants for Mass Effect Andromeda, apart from a good ending, because we all want that.

Never miss an episode of Argue the Toss, get the RSS Feed right here http://arguethetoss.libsyn.com/rss