Casumo Services Limited is an online casino company which provides games on both desktop and mobile platforms. The company is based in Malta, and now has offices in both Gibraltar and Barcelona.

Casumo is one of the fastest-growing online casinos in Europe and has enjoyed substantial success, particularly since 2013. The company’s staff work in a stunning location, surrounded by the beautiful landscape of Malta, and look out over the Meditteranean sea. The inside of their office is full of plants to help make the space more relaxing. And staff are free to play games, like table tennis, in the attractive canteen at lunchtime.

The company holds an annual meeting where the execs and staff discuss the nature and direction of the company and its vision for the future. The company wants to make betting fun and help players game responsibly.

In 2018, the company made a deal with the sportsbook supplier Kambi to gamify its popular sports betting products for its customers.

Throughout its history, Casumo has been the recipient of regular awards. In 2013, the company won the eGaming Review (EGR) Awards: Rising Star as the industry began to recognise it as a growing force.

The next year, the same agency awarded Casumo the Innovation in Casino award for the company’s push into the online space. Every year since, the company has won something, including Mobile Casino Product of the year, Mobile Operator of the year in the Nordic Awards, and in 2019, Online Casino Operator of the year. On top of this Casumo received a 5-star rating from leading casino portal SpinBonus.com cementing the company’s reputation as one of the best in the industry.

This year Casumo signed a sponsorship deal with Reading Football club to display its branding on the club’s uniform. Casumo advertising will now appear on the front of players’ shirts for two seasons from 2019 onwards. 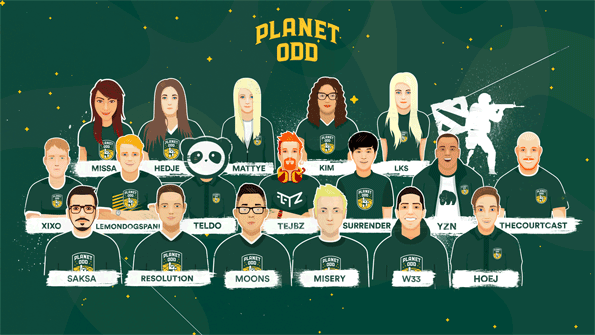 Casumo is also has a sponsorship agreement with eSports team Planet Odd which plays games like CounterStrike and Dota 2 competitively. Casumo branding will appear at any venue in which Planet Odd events are held.

Casumo recently launched a campaign warning of the dangers of excessive online gambling and what it’s doing to help make sure that casinos remain fun for players.

Casumo now offers players a range of options which the company claims will help prevent things “getting out of control” while they use the company’s online services. All of the options are in account settings and include things like how much a player can spend, how much they can bet, how much they can use, how many hours they can spend playing, and when they can play. The combined, it is hoped, will help players get the most out of Casumo’s online services without it damaging them or leading to issues in the rest of their life.

Players can find out which limits they should put on their playing activity with Casumo’s self-assessment quiz. The company wants to identify at-risk players and then give them the tools that they need to control their playing habits.