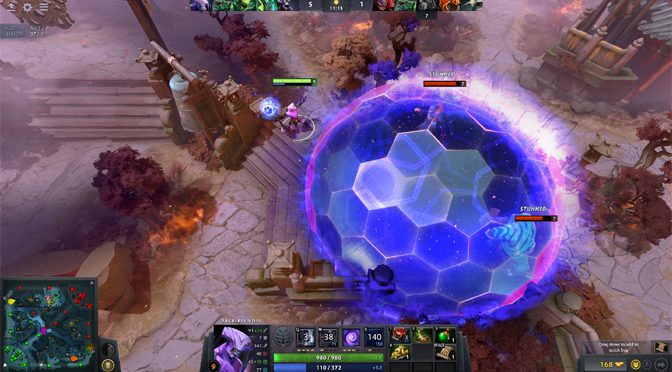 It was just recently that we’ve heard of the sudden boost of the prize pool for the International 2019, but it seems that other news arises. The prize pool for this event is known to have a significant growth with each year that passes, just like Dota 2 betting on https://dota2betz.com/the-international-2019/ gains more popularity. But what happened over these past months has been unprecedented, and it will surely stay in history.

A History of Prize Pool Increases

Although the International Dota 2 event has been going on for years, the prize pool has only started to be such a discussed matter since 2013. That’s when Valve decided to add the Battle Passes, and ever since, the tournament has seen a gradual growth with each year. That means that the winners of each edition of the tournament have been winning more compared to winners from previous years.

With a prize pool of $25.5 million, the winner of the last year, OG, was able to take home no less than $11.2 million. This year, whoever makes it to the top will take even more than that.

It’s been known already that the prize pool for the International is first contributed to by Valve. Valve adds the first $1.6 million, and the rest of the money come through crowdfunding. Simply put, there are a number of Battle Passes for sale, and since they’re such a big deal for the fans, they’re mass purchasing them. 25% of the profits made from the battle passes are added to the prize pool for the International.

Last year, the prize pool has been sitting at $25.5 million. People have expected the amount to increase this year, and it did – only it exceeded everyone’s expectations. As we speak, the prize pool for the event that will take place in August is over $30 million, meaning it has surpassed the prize pool for Fortnite World Cup finals. And what’s even more entertaining is the fact that it can still grow until the upcoming event

Now that the event is approaching very fast, it’s going to be interesting to see just how much the prize pool is going to be by then. It will be bigger, but with how much, it’s uncertain. For now, you should get ready to bet in Dota 2 on whoever you think is going to take the prize home.