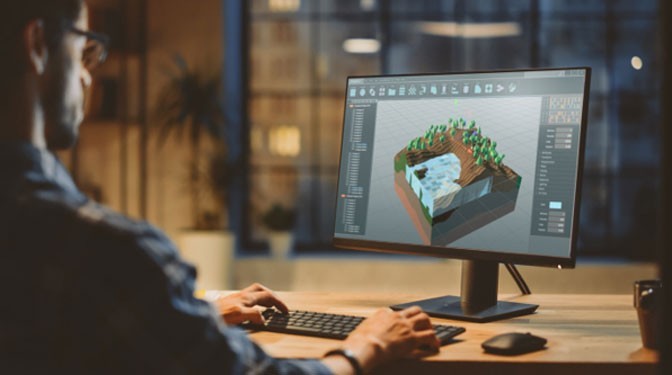 Gaming is a vast sector that generated around $160bn in revenue during 2020. Of course, that is no surprise to gamers who have always known what an important industry it is. It is clear how far gaming has come over time and how many more people are now enjoying it. The industry is entirely mainstream, and a large part of that lies in how it has changed to attract new players. This has meant that there have been some big shifts within gaming during its lifetime, which is undoubtedly true in recent years.

But what have been the most significant changes in the industry over the last few years?

One major shift gaming has seen recently is the rapid expansion of online casino gaming. The sector has risen in value in the last decade to generate over $65bn in revenue per year. This was up from $50bn in 2019, and the sector is expected to be worth $100bn by 2026. As a result, this is now one of the major niches in gaming and is a recent hot trend. All this is down to the influx of new people who have started to play at easy-to-use online casino sites.

It is not just the convenience and safety which has seen increasing numbers of people playing games like this in recent times. There is a massive range of games to enjoy as well – from roulette to blackjack and poker. Slots are also very popular, and all online casinos will have a range of online slots to enjoy in various themes. NetEnt slot games are among the best and have helped draw people into iGaming with their slot designs, looks, and bonuses. For more information on the top NetEnt slots to play and where to play them, check out the NetEnt Casino website. They are a credible source of news on the best NetEnt slots and bring all the details you need together in one handy place.

As the growth of online casino play shows, gaming is now a diverse sector. Video games still play a huge role, but how gamers enjoy them has shifted in recent years. Long gone are the days of playing alone in your bedroom or having to invite friends over in person for multiplayer fun. Advances in internet tech, digital networks, and the capabilities of gaming devices now mean online video gaming is popular. This is where gaming machines connect to the internet and allow gamers to play with people from all over the world. As a result, it has enabled social gaming to take off and become a trend that’s set to carry on into the future.

A close cousin of this recent shift to online video gaming has been the rise of streaming platforms for games. The best way to understand this concept is to think about them like Netflix for gamers. Google Stadia’s launch is the best example, and more streaming platforms are expected to follow soon for game streaming. As a result, the shift to accessing content in this manner seems well underway and is set to give players a new, more convenient way of finding titles such as Road 96. As with online gaming, streaming content uses the advances in Cloud-based internet tech to work.

Recent shifts in gaming cannot be discussed without the rise of mobile play getting a mention. Playing games on mobile devices was once seen as an afterthought, but it is now an $85bn per year niche. That is around half of gaming’s total revenue in 2020! But why have gaming trends shifted to cause mobile play to become so popular?

A lot revolves around how popular smartphones are and how more people are using them. As we have become more comfortable doing everyday tasks on our mobile phones, we have become more relaxed about gaming on them. The effort put into releasing awesome mobile games helps, as does the tech inside modern mobile devices, which delivers a better gaming experience. It also seems that people have finally begun to realize how much fun gaming on the move can be when you need to kill time.

Another niche within gaming that has risen to become a big deal in recent years is eSports. This has been a significant shift within gaming, as it was looked down upon by most gamers when first launched. Now, however, pro players and teams attract millions of fans to see them battle it out online or at massive offline tournaments. This sector is now a mainstream part of gaming and has become more popular globally recently and is now viewed more positively by non-gamers. eSports market revenue is expected to be over $1bn during 2021, and the shift towards pro gaming, plus the demand from people to watch it, has been impressive.

It is not just watching pro players on pro eSports teams that has become trendy, though. Another shift has seen people loving to watch videos of other people playing games on platforms like YouTube. DanTDM, with his series of Minecraft tutorial videos, is an excellent example of this. Over time, the appetite for watching other people play games has grown massively, and people pick up tips from them and discover new games to play.

Shifts in gaming set to continue

As you would expect, the shifts in gaming have taken it into a new era and allowed it to evolve. That is excellent news for the industry’s future and will help it remain relevant as the years roll by. While the above changes seem set to continue apace, you can also be sure others like more sophisticated gaming tech and expanding demographics will show up too.