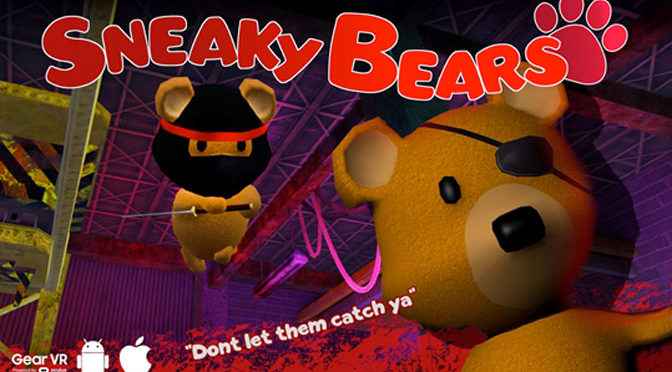 Virtual reality studio WarDucks today announced the release of its new VR game, Sneaky Bears. The game centers around an enchantingly evil teddy bear named Frank, and his cunning plan to unleash an army of cuddly monsters into the world.

Sneaky Bears players follow Frank through a forgotten toy factory, and it’s up to them to uncover what fiendish plans the teddy bear is hiding. With a strong narrative and in a dark, dramatic setting, the game provides a high-quality experience for VR users – just beware of the creepy teddy bears with red, glowing eyes.

Sneaky Bears is available for iOS Cardboard, Android Cardboard and Gear VR, and is part of WarDuck’s efforts to bring fun and engaging content to mobile VR. Sneaky Bears is the first VR game developed by WarDucks – it also developed a Facebook and mobile game called Global Agents, which has been downloaded more than 250,000 times.

“We’re so pleased to be releasing Sneaky Bears, and to introduce Frank, the evil yet wildly cute teddy bear, into the world,” said WarDucks founder Nikki Lannen. “As you can imagine we really had a lot of fun creating him. I’m looking forward to hearing what the VR community thinks – I think they are going to really like him.”

Lannen is a leader in the virtual reality space in Ireland, and garnered her gaming experience through her work on the Facebook Games team, where she was for almost 5 years. Along with her highly skilled development and animation team, WarDucks is on a mission to bring fun and engaging content to mobile VR – an industry that’s projected to generate $120 billion in revenue by 2020.

“We aim to be the world’s most people-centric game development studio,” said Lannen. “Through understanding what our audience loves and listening to their feedback, our talented team is here to bring our customers dreams to life.”