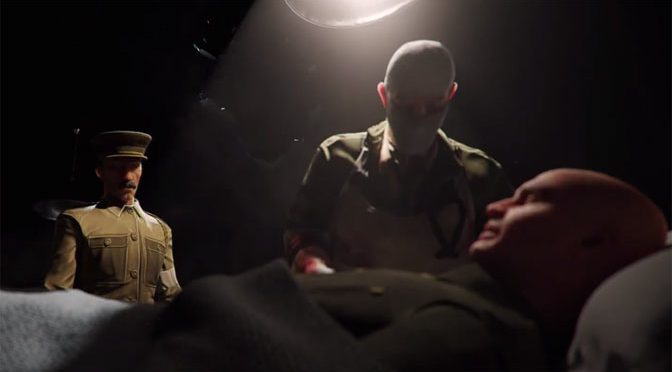 NACON and the development studio Brave Lamb are pleased to release a new trailer for War Hospital, a survival and strategy game in which players oversee a field hospital during the Great War. The video features Major Henry Wells, who is facing the moral dilemmas that come with his role. War Hospital will release on PC and consoles in Q4 2022.

With this new cinematic trailer, players confront the harsh reality of war, where every choice is a fateful decision. In their role of attending to the sick and injured, players must choose the best way to treat soldiers’ war wounds by managing the means at their disposal. Most of these decisions have immediate consequences for the injured, and the terrible events that are part of daily life in the trenches are not always predictable. As well as treating patients, players will need to make difficult decisions that impact staff morale, resource availability, and sometimes even the course of history.

Thanks to the support that the British Imperial War Museums gave to the developers, the game faithfully reproduces the environment of the front and trenches, and features the authentic medical equipment available at the time.

War Hospital, a survival and real-time strategy game with unique RPG mechanics, deals with a theme that has rarely been approached until now. It is planned for release in Q4 2022.