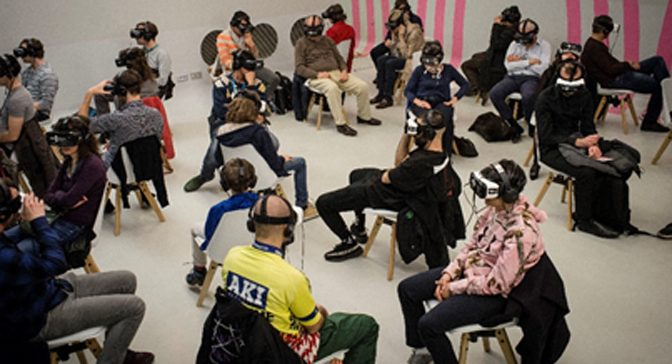 The second edition of the NewImages Festival, held at the Forum des Images in the heart of Paris from June 19th to 23rd, is the world’s only festival entirely dedicated to VR, digital creation and immersive technology. It is a five-day celebration featuring a rich and varied programme: outdoor experiences, encounters, keynote speeches and round-table discussions.

This year NewImages Festival has shortlisted 12 immersive or interactive works, this selection will take you on a tour of the latest in VR creation around the world. From the US (Wolves in the Wall by Pete Billington) to Paraguay (Opus VR), Romania (RocketMan 360), Moldavia (Aripi) and four French works. Open to all genres – fiction, animation, video game, experimental –, it provides an overview of the best in VR production.

The works in the competition will be evaluated by a distinguished jury, presided by US filmmaker Colin Trevorrow, who re-launched the Jurassic franchise with the smash hit Jurassic World (he is currently producing the third chapter in the Jurassic World trilogy)

He will be assisted by talented choreographer and director Bianca Li, who is developing a work of VR; Legendary Entertainment’s Katie Calhoon, executive producer of Alejandro Gonzáles Iñárritu’s installation Carne y Arena; and Taiwanese new media artist Hsin-Chien Huang, whose collaborations with Laurie Anderson were recently screened at the Directors Fortnight in Cannes.

The Festival will also feature a unique focus on Taiwanese VR creation, a selection of multiplayer interactive experiences (including escape games and virtual table football), large-scale immersive installations, concerts mixing the digital with the traditional, and an AR exhibition.