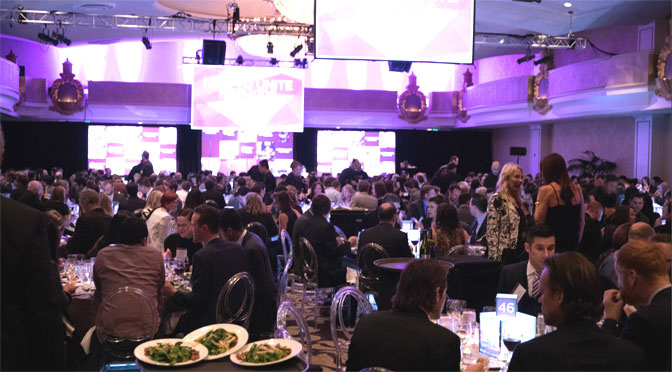 The Entertainment Software Association Foundation (ESA Foundation) raised more than $700,000 at the 19th annual Nite to Unite (NTU), the U.S. video game industry’s philanthropic gala. The evening event brought together hundreds of video game industry leaders from across the country to support scholarships and grants to individuals and organizations that improve the lives of children through education and video games.

“Nite to Unite celebrated nearly two decades of work improving the lives of children across America, including efforts to transform classrooms by empowering students with scholarships and encouraging their creativity in the video game field,” said Anastasia Staten, executive director of the ESA Foundation, the video game industry’s charitable organization. “Our industry is demonstrating just how powerful of an effect video games can provide from bringing together gamers to supporting sick children to inspiring the next generation of video game developers.”

The gala included the presentation of awards to this year’s honorees. Sid Meier received the 2017 Champion Award and Jeromy Adams was honored with the 2017 Visionary Award.

Sid Meier, heralded as the “the Godfather of Computer Gaming,” is a Co-Founder and Director of Creative Development at Firaxis Games. Meier is best known for his work creating world famous strategy games including the renowned series Civilization. Sid Meier’s creations inspired numerous professionals to pursue science, technology, engineering and mathematics (STEM) and video game careers. Last year, CivilizationEDU entered the classroom where the series continues to inspire the next generation of STEM leaders. For his commitment to using video games for education, ESA Foundation honored Sid Meier with the Champion Award.

The Visionary Award is bestowed to individuals and organizations that harness the power of video games to create change and inspire people. Jeromy Adams proves how impactful the video game community is for bettering the lives of children and families in medical need across the country. Inspired by a young girl battling cancer, Jeromy Adams created Extra Life to provide medical research and deliver care to families regardless of their ability to pay. By mobilizing a community of video gamers, Extra Life has raised more than $30 million to support the Children’s Miracle Network.

“Sid Meier and Jeromy Adams are two of the foremost leaders in the video game industry in two distinct but important ways. Game developers around the world have been inspired through Sid Meier’s innovative creations like Civilization, which just celebrated its 25th anniversary. Through his work with the Children’s Miracle Network, Jeromy has proven a game controller isn’t just a tool of entertainment, but can also be a tool of healing and a source of hope,” said Staten. “Their work encompasses the best the industry has to offer – breakthrough technology with a purpose that enriches the lives of others.”