Vampyr, the new Action-RPG from acclaimed game-development studio Dontnod, explores combat on the flu-ridden streets of 1918’s London. All manner of dangers prowl London during a bout of the lethal Spanish Flu. From Vampire hunters to mutated abominations, Jonathan Reid will face foes as well as friends on his mission to discover the truth behind his new affliction. 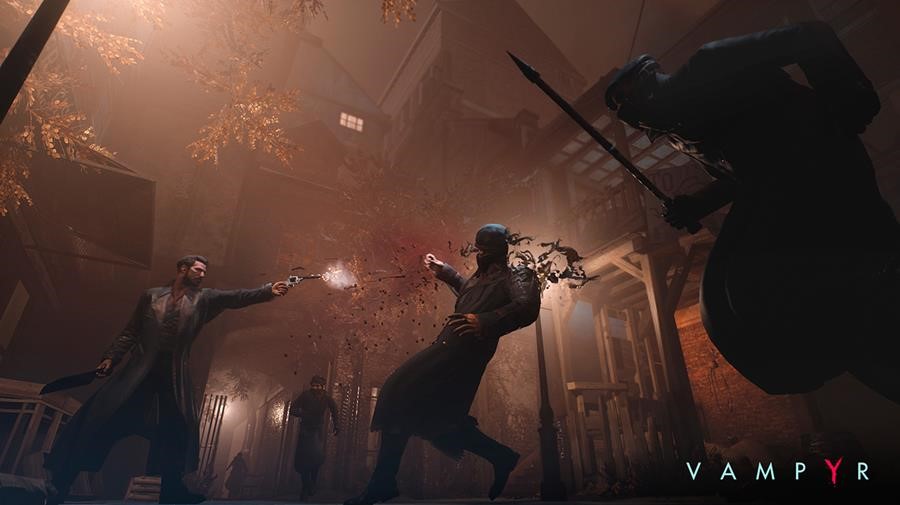 Armed with an array of conventional melee and ranged weaponry, attack and dodge foes to fill up Jonathan’s Blood Gauge, required to unleash powerful vampire attacks. From impaling enemies on a spike, to draining them of blood at a distance, as Jonathan’s Blood Gauge fills during a combat situation, his Vampire affliction will start to overtake his more human side, unleashing destructive spells and abilities against those who try to stop him. 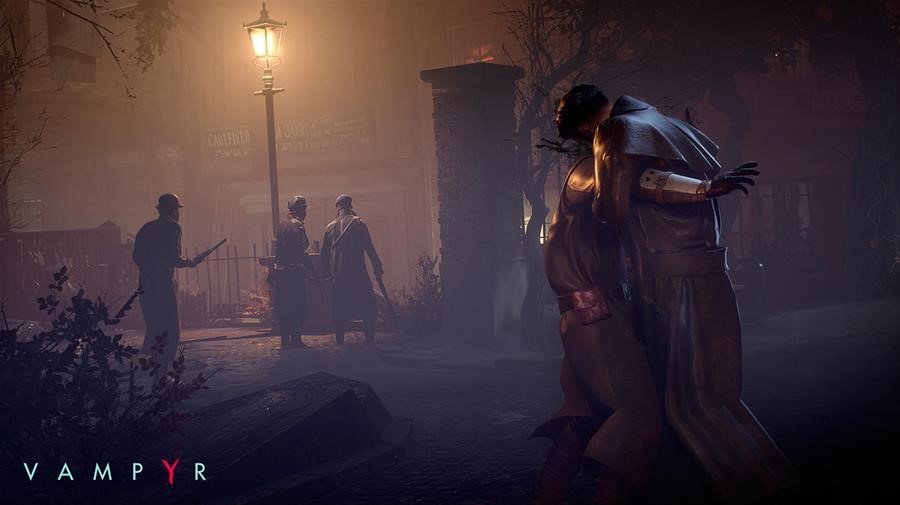 A non-linear skill tree will unlock through experience gained new, more powerful attacks and abilities. Jonathan is able to equip these abilities in any order, effectively allowing players to create their own archetypes to match their play-styles. Play aggressively and deal greater damage, or more securely, focusing on crowd-control and keeping enemies at bay. Skills can be evolved two different ways, for example, Spring, a skill that allows you to rush instantly to a distant enemy, can be developed to either deal area-of-effect damage or grant temporary invincibility. The choice is yours. 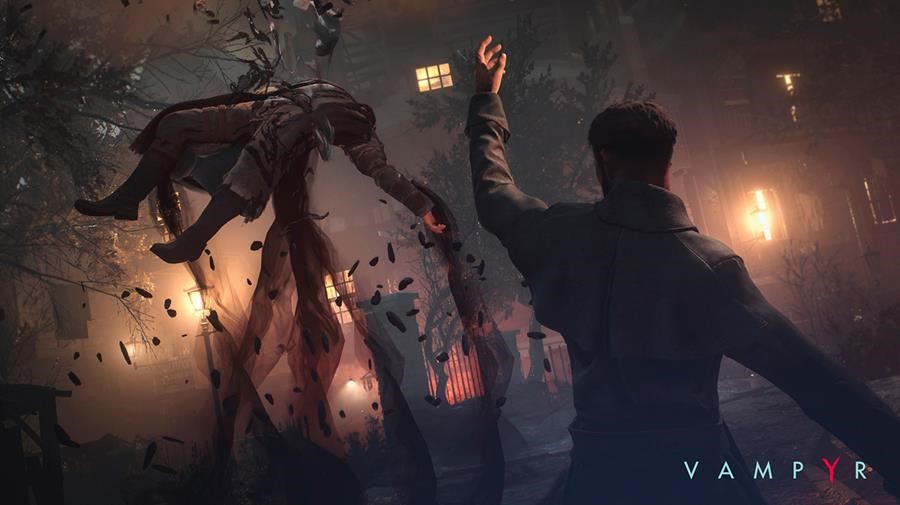 Combat difficulty can be affected by player actions out of combat. Feeding on civilians provides a huge XP boost, which will make combat situations easier – but that comes with caveats; an increased danger on the streets, and narrative consequences for the world’s citizens, to name a few. Full brawls are not the only options open to Doctor Reid, he can also stalk his prey, or even utilize his vampire speed and agility to avoid combat entirely.

Players will have to investigate who to feed from, and who to spare, conscious of their need to increase their strength. Jonathan’s Vampire impulses will always be working against his human side.

Take up the plight of Jonathan Reid when Vampyr releases in 2017 for PS4, Xbox One, and PC.

Prowl the disease ridden streets in Vampyr – a darkly atmospheric action RPG from the studio behind ‘Remember Me’ and ‘Life is Strange’, developed using Unreal Engine 4.

Set in early 20th century Britain during a bout of the lethal Spanish flu, the streets of London are crippled by disease, violence and fear. In a completely disorganized and ghostly city, those who are either fools, desperate, or unlucky enough to walk the streets lay prey to Britain’s most elusive predators: the Vampires. Emerging from the chaos, a tormented figure awakes; as the player it is you who determines how to harness your new powers, by specializing in deadly, versatile RPG skill-trees that change the way you play. As a doctor recently turned into a Vampire, you try to understand your new affliction. Your quest of intuition, discoveries and struggles, will be filled with death and drama, while your attempt to stem the irrepressible thirst that constantly drives you to take human lives. As you cling to what remains of your humanity, your decisions will ultimately shape the fate of your hero while searching for answers in the coughing, foggy aftermath of the Spanish Flu.