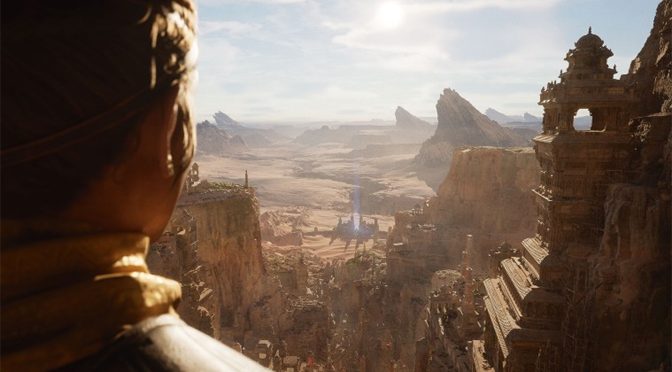 Just when you thought that adventure games couldn’t get any deeper and more visually stunning to look at, Epic Games throw out a curveball. The major news story on gamers’ lips this past week has been their reveal of the Unreal Engine 5. It’s safe to say that the latest incarnation of the much-loved engine is going to change the way we explore worlds for good.

It was hard to escape the news via tech demos recently. From non-gaming news sources to sites specializing in online resources for NJ players, Unreal 5 has certainly got people talking. But – let’s take a breath, for a second. What exactly does Unreal 5 mean for you, and the way you play games?

Talk of the PlayStation 5 is rife. So, too, are all of its supposed capabilities. News on the future console has, of course, been slow to trickle through – as is the way. However, Epic went and opened floodgates with an astounding visual look into what could be heading home soon.

Epic’s stunning graphical demo gave viewers a look into Nanite, a tool which ramps up the geometry. It’s now possible to transfer unthinkable numbers of polygons, points, and assets into Unreal. What’s more, the results are truly lifelike. When you need to squint at a tech demo to work out whether or not grains of dirt are real or not, you know you’re looking at amazing technology.

The loss of quality on import will appeal to games designers, too. You can even import CAD files into the system without fear of the look going pear-shaped. On top of this, the leading Lumen tool – announced alongside – will offer even more depth.

This is because Lumen offers a more efficient way for environments to adapt to changes in light. Rather than having to spend hours manipulating maps, developers can now put Lumen to task and can expect their wide worlds to offer natural light reactions and variations. It’s a tweak that demands serious attention.

Beyond this, reports suggest that these enhancements won’t dip in quality from platform to platform. A major issue some devs face is quality crashing when importing from PC to console, or otherwise. Unreal 5 seems steadfast, which is a major comfort.

Everyone who remembers playing Skyrim for the first time will know how in awe they were of the world around them. Can you imagine playing an Elder Scrolls title in Unreal 5? It’s not only possible; it may well be likely.

Worlds and landscapes built with these new tools show unlimited potential. How far we’ve come since the blocky days of Tomb Raider II is truly astounding. That is nearly 30 years of progress, and leaps and bounds are getting quicker and easier to make.

The Future of Unreal Engine 5

Of course, there’s likely to be more to the future of Unreal 5 than pretty graphics. Tim Sweeney, CEO for Epic, wants to create a new, scalable norm. Epic wants to allow great-looking, expansive games to perform across small and large devices alike.

“Each generation introduces a new set of problems you don’t have to worry about,” Sweeney advises in conversation with The Verge. “We’re trying to remove the content scalability content problem from this generation.”

It’s a brave and bold statement and a mission that seems easier and easier to complete. A few years ago, porting content across all devices and modules would seem a mammoth task. To an extent, it still is. However, as the world’s technology grows ever more capable and responsive, Sweeney’s hopes aren’t too up in the clouds.

What Does This Mean for You?

Instant reactions to Unreal Engine 5 were, as you can expect, pretty awestruck. The visual detail and dexterity in the demo’s natural environments really do speak for themselves. Coupled with tech that already allows devs to create unimaginable worlds for us to explore, this is going to change quite a few games.

The Elder Scrolls series and Breath of The Wild helped to open more eyes to massive gaming worlds. The ability to explore literal miles of virtual world in eye-popping UE5 is something we’re clamouring to try. For now, at least, the tech demo has done plenty to whet a few million appetites around the world.

Gaming visuals will; it seems, always have somewhere to extend and to upgrade to. It seemed impossible back in the time of Tomb Raider’s original run that graphic could improve. How wrong we were, it seems!

It may be some time – 2021, at least – before devs and gamers get their hands on UE5’s immense potential. However, it’s hugely positive news for the industry and an indicator that PlayStation 5 will be worth holding out for. Take it from us!