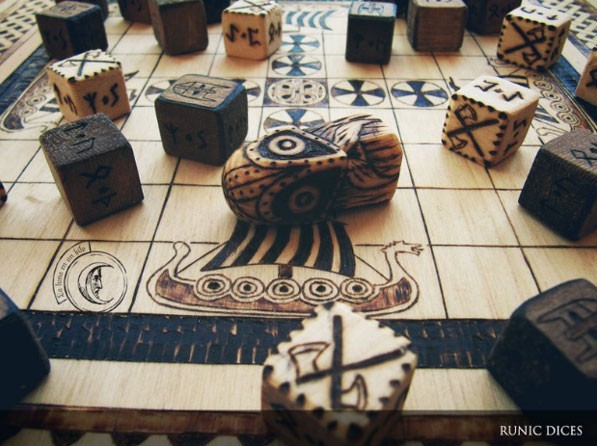 If you imagined Finland was just about its famous Lapland, saunas and extraordinary northern lights, you will be well mistaken. This cultural heavyweight amongst the European countries brings with it a rich heritage embedded in a combination of both its Uralic Finnish and Germanic Swedish indigenous cultures. This culture has been known for having a juxtaposition of both the wide-spread tradition coupled with the modern manifestations of life in its veins.

Social equality and everyman’s rights are prioritized in this country that keeps its people’s social stability at the forefront. Also being influenced by its neighboring regions, it has irrefutable elements of the Baltic, Russian and Swedish realities and livelihood.

The other thing that very few people know about this region, is that it has an array of some its very own traditional games, some of which have also been re-imagined in a lot of western games as different versions of the original ones invented by the Finnish people centuries ago.

A Short History of Finnish Games

If you were ever to visit or live in Finland, you can guarantee to be a part of gatherings in which a lot of the common traditional games are played, because this form of entertainment is recognized as a big part of the culture and celebrated till today. Besides that, Finland has state-gambling monopoly according to the biggest Finnish gambling news portal NettiCasinoHEX.

On the other end of the spectrum, the digital era has also influenced its gaming industry significantly. Back in 2015, several educational institutions started to introduce professional game development in their curriculum and this spread fast into almost 20 other institutions. Not to mention the very first digitally produced game was published in 1979, thereafter another one was globally distributed in 1989.

The popular game ‘Angry Birds of Rovio’, became a hit of its version, created, published, and distributed by ‘Rovio, which is a video games company based in the heart of Espoo, in Finland.

So, if you’re interested in the uniquely entertaining games that were invented by the Finnish society, tons of which have emerged as new or improved versions of them, worldwide, below is a list of some of the popular unique Finnish games played by everyone.

The object of the Game:  To keep beating your previous cards by placing higher numbers from the ones you put out previously. Participants are dealt replacement cards when theirs are finished until the pile is exhausted, once that’s done you start minimizing your cards. The first one with an empty hand wins the game.

There are other variants of it, one which is known as Valepaska and in this version the cards are placed facing down and the players are allowed to bluff…Let’s look at this game.

The object of the Game: The cards that are given to each player are placed facing down. While you’re playing, each person whose turn it is, is meant to announce the cards of the hand they’re playing, for instance one queen or two eights and so on. There is no hard and fast rule in this one because you can bluff. Once this is done, any one of the others is allowed to ‘challenge’ your mention, in which case you will need to expose those cards in your hand if you were correct, the player who challenged you will get your pile and you start with a new one.

If, however, you were naughty and you bluffed, you take the other players pile, and then it continues to the next player whose turn it is, clock-wise or anti-clockwise.

Some games take it further and kick out the exposed person who bluffed and got caught and the honest ones get to stay and play.

The object of the Game: This particular card game is usually played by 2 or 3 people.

With similar rules to Paskahousu, but including a few other details added on top. Each player is dealt 4 cards each plus the one in your hand (so 5 in total). Those 4 are placed face down, and another 4 cards are placed face-up on the table. Once the pile has been dealt and there are no more left, you need to get rid of your cards, and next will be to tackle the ones facing up and then last will be the ones facing down that are facing down.

The only time you get to see the card that’s facing down is when it’s your turn to play. The same thing goes with bluff and challenge. Other versions include some additional details such as, having an ace is your saving-grace and you cannot get kicked out, or any number 10 card is allowed to go on top of any of the others. It all depends on personal players preferences and how complicated or simple you want the game to be… or how much beer you have in the fridge.

A game called ‘Trio’ was invented by a Bristol-based company in the UK, that is very similar to Paskahousu and has attracted a new era of card games and players. Sound like a bit of fun, doesn’t it?