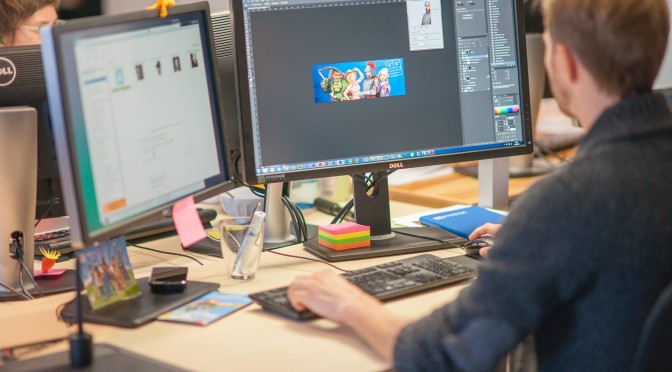 Did you ever think that you could earn money while working on something as fresh and exciting as video games? The video game industry is an ever-growing lucrative industry that can offer tons of opportunities and roles. With the emergence of bleeding-edge technology, people are looking forward to video games becoming more engaging, realistic, and exciting.

Whether you are an artist, a programmer, a game designer, or a storyteller, this industry is open to everyone and needs creative and passionate people to develop games. CNN Money gave video game design careers an A grade for personal satisfaction and low-stress levels in 2013. It ranks among the top 20 jobs in America.

If gaming is your passion, and you are a creative person, you should become a video game designer.

In 2016 the global video game market was $100 billion business and is now expected to exceed $200 billion by the end of 2023. There are now more than 2.5 billion gamers across the world. Combined, they will spend $152.1 billion on games in 2019, representing an increase of +9.6% year on year. Even in recent times, when a lot of industries have been on the down, the game industry has continued to grow steadily.

There are a lot of game design companies looking to hire fresh talent offering high wages. Some of these companies include Microsoft Corporation, Rockstar Games, Activision Blizzard, Ubisoft, and Gameloft.

There are mainly two kinds of gaming studios, big corporations or indie studios. While working in a big game studio would undoubtedly be exciting, you would not necessarily be the lead person making the decisions. Indie studios allow more input into the design process, but there remains a certain amount of uncertainty in job security.

The best part about this industry is that there are plenty of roles on hand. Depending on your interest, you can enter the space in various capacities.

These are the primary careers that one can pursue in the game industry:

● Game Designer: Video game designers plan the stories, create the graphics, test the game to work out any bugs, and help to produce the final product. You will be required to work closely with artists, sound engineers, and programmers to ensure they execute your vision. You would also have to maintain design level documentation, including mechanics, guidelines, and mission outlines. Game designers need to be creative and passionate people who love solving problems. You can earn $55,000+ per year on average, with lead designers earning as much as $81,000.

● Game Programmer: Programming lies on the technical side of the gaming world. Some programmers build the game engine while others focus only on the artificial intelligence of enemies. You will be responsible for executing the code according to the design provided by the game designers. Video game programmers should be fluent in the object-oriented programming (OOP) languages commonly used in video game design, such as Java, C, and C++. You can earn $55,000+ per year on average.

● Quality Assurance: A game tester plays the game in the developmental stage to discover the various bugs and glitches in the system. You are required to test every possible action a gamer can execute on the game, and suggest improvements. While not as attractive as game designers, it is one of the most critical jobs in the industry. Game testers have flexible work schedules, and their daily hours fluctuate as per the demand. You can earn $33,000+ per year on average.

● Game Artist: The game artist draws upon a vast skill set of both 2D and 3D techniques to bring characters and models to life within the limits of the game’s framework (and production budget.) You will first have to master the traditional artistic principles before applying them to the game. You will also work in close contact with the design team, understanding their visual requirements. The artist is responsible for designing characters, creating textures, making objects and environments, providing hand sketches, and producing the assets for level designers. You can earn $42,000+ per year on average.

● Game Audio Engineer: Audio engineers use computers and electrical equipment to create soundtracks for video games. They give voice to characters, create sound effects, and record background music. You will work in close contact with the design team to understand the requirements. You would then have to search through commercial audio libraries to find sounds to use as source material. Most audio positions are on a contract basis in this industry. You start earning close to $20,000 per year. Senior audio engineers are known to make as much as $100,000 in leadership roles.

● Game Producer: Producers oversee game development projects. You will handle budgets and team dynamics, and also plan various stages of the project. Additionally, you’ll act as the bridge between the publisher and the developer. Mainly, you will be in charge of handling the whole business aspect. To be a successful producer, you need to have excellent planning skills and be a good communicator.

Careers in the gaming industry are numerous with infinite possibilities to grow. The market as a whole is ever-expanding, and there is no shortage of jobs. The employment rate of video game designers is expected to grow by 26% from 2018 through 2028, blowing away the 5% average growth rate for all U.S. occupations.

Let’s start your career in the gaming industry and help you take your first step by pursuing a degree suited to your needs at a great university. College offers you the skills needed to enter the industry and allows you to gain real-world experience through internships, competitions, and building your portfolio. There are various degree programs in game design that teach you everything about the gaming industry! Explore now.