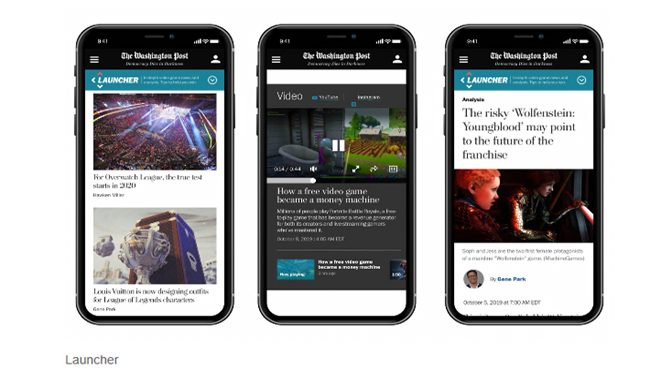 “Gaming has become deeply ingrained in our social fabric, significantly impacting industries across sports, tech, business and pop culture, and we are uniquely positioned to cover this burgeoning industry,” said Emilio Garcia-Ruiz, managing editor for The Post. “With Launcher, a dedicated team will look at all aspects of gaming, appealing to the casual player and avid esports fan alike.”

Launcher will include the following:

The section will have a visually unique presentation and can be accessed at www.launcher.gg.