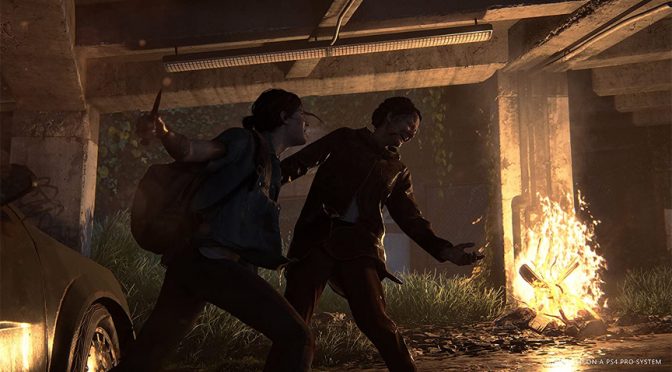 The next-gen console, known as Playstation 5, is scheduled to make the maiden appearance on the market in late 2020. The exact date is yet to be announced and we certainly can’t wait for it. Does it mean we should give up on PS4, though? By no means it does. Not when we have an abundance of high-profile titles on our favorite platform. Probably in the volume rarely seen before. This is why we decided to dedicate a special article some of the most thrilling games both the kids (in the majority) and the adults can enjoy playing in mid-2020. The list could be huge which is why we will likely skip certain games well worth mentioning. As reported by bettingtips4you.com the sector is also expanding in the betting with more and more punters that are interested in wagering on e-sports. Nevertheless, without further ado, let’s get straight to the list itself.

We’ll start with tactical espionage at its most thrilling. Those who had great times playing the previous editions of the game will no doubts be amazed by the latest Metal Gear Solid. Right from the very get-go – the moment you get on your horse – you will be overwhelmed by the intimidating freedom offered by the open world. Every single situation you’re put in is an individual story. There are bountiful factors to consider while you are trying to solve the mystery. At moments, the missions seem like tactical espionage puzzles featuring sneaking cat-and-mouse games where a minor mistake in a single moment makes all the difference between success and failure. It is very hard not to fall in love with the game right from the beginning.

This beauty delivers the ultimate and unbeatable blend of the old and new. As such, it easily conquered the hearts of both gaming veterans and youngsters with an exceptional story associated with the inaugural version of the game. If you add all of the modern-day details available in the game, you get the ultimate experience. Besides the gameplay itself, we have to praise spectacular music in particular.

Although it was released in 2018, one of our favorite Marvel heroes had to find his place on the list for this year’s greats. It has a lot in common with Batman: Arkham Asylum. Since we were huge fans of this game, it is natural to expect Spiderman to amuse us. The difference between the two, however, lies in Spidy’s superiority over Gotham City’s hero. Whatever Arkham does, Spiderman does better. Movement, characterized by fabulous web-swinging, is just outstanding. Moving forward, combat is glorious, and the story itself is phenomenal. The only downside (if there is any) would be the number of repetitive mini-missions.

Rockstar have produced some spectacular creations over the years, but we are talking about one of their finest crafts here. The game brings us back to 1899 and guides us to a series of dramatic moments. Its biggest strength lies in the fact you’ll stay fresh and equally interested in playing the game after spending hours in it. The game is not all about missions. We had so much fun just moving around and exploring the world as if it was a museum. The graphics are extraordinary and features fantastic visuals.

Battle royale games have been extremely popular over the last several years. Although at first, it appears to be a creation suited for the youngest players, Fall Guys took the Internet by storm in the summer of 2020. At the moment it is the game the whole planet is playing. Even though its popularity will likely decline in months to come, we had to find a place for it on the list. Fortnite and PUBG have been by far the most dominant battle royale games in the last several years. However, while they’ve focused mainly on shooting a gun, Fall Guys represents a series mini-games blended into one battle between 60 multi-colored and jelly bean competitors. A match lasts around 15 minutes on average and represents a comical race packed with bountiful obstacles you need to avoid to survive the next phase. It may seem odd, but the game will entertain you after no more than one match. Just give it a chance.

The last, but by no means the least, place is reserved for this clinical masterpiece that brings the storytelling, the superb world design, and the overall gameplay to a whole new level. The experience is not exclusively about the combat (which is out of this world by the way) but has a much deeper message related to the nature of revenge. The game can be brutal at some point as it will cause fear, disappointment, anger, pain, and similar emotions. As such, it is a story you simply have to experience.