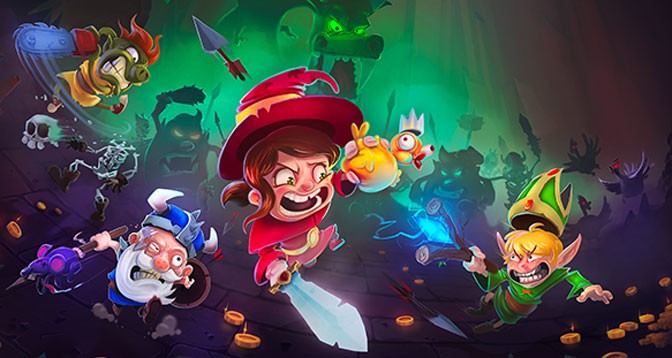 Winter season getting chilly? The game industry can take care of that. For a start, why not warming up with Just dance 2020? Yes, Ubisoft did it again! Ten years going, but this game never gets old. The newest version is suitable for all platforms (Nintendo Switch, Xbox One, Wii, Google Stadia, PlayStation®4 system) and equipped with 40 hot top-of-the-charts hits. The Ulimited mode offers more than 500 of your favourite songs to dance to. Every copy of the game comes with 1 month of free access. If you are in New York, you can enjoy Ubisoft’s virtual dancing stage while waiting for NY Online Casinos to become a reality.

More phyisical exercise? Try with Asterix and Obelix XXL3: The Crystal Menhir by Osome Studio (Xbox One, PS4, Nintendo Switch, PC and Mac ), and get tons of fights with bewildered Roman soldiers. You will have fun cutting a path through forests full of wild boars, carrying and throwing different types of menhirs (stone, ice, fire, magnetic), lots of travelling from country to country. Now you can play cooperatively on the same screen with friends and family members, acting as Asterix, Obelix or other Gauls, lihe the Druis Getafix, Cacofonix, and Vitalstatistix.

From a beloved card game to PC, PlayStation 4, Xbox One, and Nintendo Switch, here comes Munchkin: Quacked Quest by Asmodee. Chaotic, competitive, full of humour, Munchkin will keep you busy fighting monsters but also your fellow gamers, unless you play the solo version. Otherwise you can have up to four other players as allies, whom you can then betray in the race to capture magical weapons and ducks. The dungeons where you have to perform all this are randomly generated so replay possibilities are endless. But you get to choose the game duration.

Ever heard of a “roleplaying folktale”? Now you have one: Yaga, by Breadcrumbs interactive (Playstation 4, Xbox One, Nintendo Switch). Named from the most famous witch of the Slavic mythology, this lovely animated dark saga is a sort of multiple choice dark fantasy tale. You are the unlucky blacksmith Ivan, who has to juggle between the commands of a cruel Tzar giving him impossible tasks, a mysterious witch who tries to seduce him and his granny who would like him to get married. Multiple talismans, weapons and levels are common gear fot this type of game, but Yaga draws abundantly on real Eastern Europe foklore and is enriched by a captivating ethno-rock soundtrack.

An now for something hot in another way, a crime story in the New York City of the early 50s, populated by antropomorphic animals. Blacksad: Under the Skin (Nintendo Switch, PlayStation 4, Xbox One, PC, Mac ) showcases gorgeous 3D graphics that bring a murder case investigation to life. The victim: the owner of a boxing club. The missing man: a rising star young fighter. The heroine: the club owner’s daughter. Blacksad is a classic badass detective, followed by a jazzy music while he hunts around for the desaparecido potential champion. Pendulo Studios have made a swell job of this film quality adventure game.