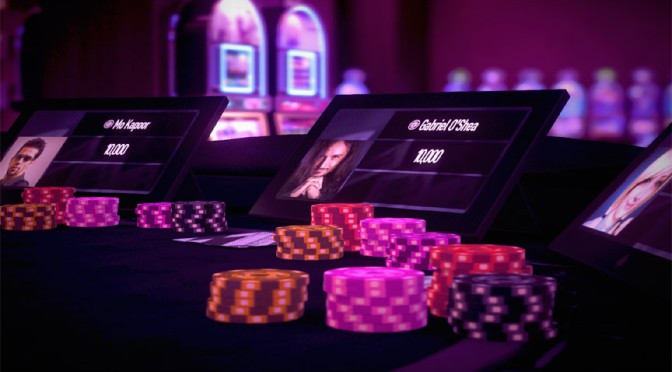 The biggest change to impact the world of online gambling in the past decade has been a relatively simple but nonetheless utterly fundamental shift in the sheer size of the industry. H2 Gambling Capital and iGaming Business gather and publish comprehensive statistics on the size and scope of the online gambling industry on a monthly basis, and their data for July 2019 shows that the gross revenue pulled in by the global online gaming industry had risen from €14.9billion in 2007 to €40.9billion in 2017. This represents a growth rate of 174%, and predictions for future years – including estimates for 2018 which take into account the fact that not all the figures have been gathered yet – show that there are few signs of this growth slowing down. Using existing figures and in-depth knowledge of the industry, H2 Gambling Capital estimates that, by the year 2024, the gross revenue figure will have risen to €67.3billion. It’s little wonder that the industry is a position where it feels able to entice new customers with the likes of free demos, bonus offers and VIP schemes.

A shift in demographics

There are many factors driving this growth, but almost all of those factors can be gathered together under the general heading of ‘technological change’. It is the widespread take-up of smart phone technology, for example, which has driven the shift to mobile online gambling. In 2012, the number of bets being placed using smartphones made up just 6% of the global total. By 2018 this figure had risen to 70%, representing bets with a value of more than £350million.

The technology which has powered this shift to mobile, hand held online gambling has also undoubtedly had an impact on the demographics of the people doing that gambling. According to the Gambling Commission report into ‘Gambling participation in 2018: behaviour, awareness and attitudes’, the people most likely to have gambled in the UK if the National Lottery is included are those in the 55-64 age range. 55% of this group reported having gambled in the past four weeks, but for 23% this only meant buying a National Lottery ticket. Strip the National Lottery out of the equation, on the other hand, and a completely different picture emerges. Without including the National Lottery, the group which is the most likely to have gambled in the last four weeks is the 25-34 age group, 40% of whom had gambled. Another finding published in the report showcases the fact that gambling is shifting from being seen as a largely male pastime to one which is more evenly spread across the genders. When it comes to gambling in general, 51% of men had participated in the past four weeks compared to 41% of women.

While this report covers the issue of gambling in the round, a March 2018 Gambling Commission review of specific online gambling showed the degree to which the sector is now coming to dominate when compared to more traditional forms. The review found that in the current market place, online gambling represents 34% of the total revenue generated by gambling in the UK, but that over the next few years this figure is expected to rise to 50%. Amongst the drivers predicted to be pushing this rise are:

Another theory put forward by the report is that new consumers may be attracted to online gambling by the convergence between gambling and gaming, something which is symbolised neatly in the growth of betting on eSports. Research carried out in 2018 produced a prediction that the global market place for eSports betting would grow from a base of $5.5billion in 2016 to $12.9 billion by 2020, and increase of 134%.

The shift to mobile

It’s easy to gather anecdotal evidence of the shift to mobile for online gambling, and indeed the fact that it is now possible to play slots while waiting for the bus, or enjoy a couple of hands of Blackjack during your lunch break at work, is clearly one of the main factors driving the popularity of the sector. The Gambling Commission report, however, produced concrete numbers to back up the shift toward mobile access, and perhaps the most striking of these was that, as of 2018, 40% of all revenue generated by online gambling came via mobile channels, and that this is expected to rise above 50% by 2020. For some of the largest online providers, this figure is already as high as 75%.

The overall report into gambling also found that:

Perhaps the most interesting statistic was the fact that the average gambler has 3 different online accounts. This would indicate that online gambling is shifting from being an occasional activity to becoming a mainstream leisure option, and that the variety offered by three different providers is the kind of choice that consumers are used to in every other part of their lives.

Over the next few years we can expect to see a rise in the number of online casinos using blockchain technology to operate and manage their offerings. Alongside this will be an increase in the number of casinos offering cryptocurrency as a payment option. The fact that cryptocurrencies don’t require the user to hand over any of their personal financial details – such as credit card numbers – makes them highly appealing to users who may otherwise be concerned about the security of online gambling, as well as providing complete confidentiality.

Taken as a whole, the online gambling sector is in excellent shape. The early take-up of new technologies which has always marked the sector out makes it ideally placed to take advantage of developments such as augmented and virtual reality and the drive toward mobile access to all forms of entertainment means that online casinos can take their place as a genuine part of the mainstream.