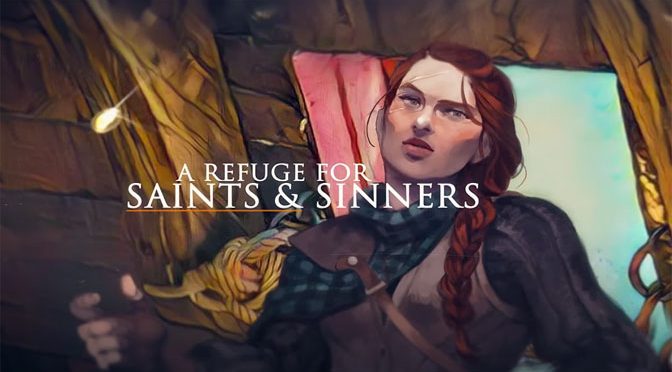 Wanderword, the leader in interactive audio entertainment, in conjunction with Xbox Game Studios’ inXile entertainment is bringing the popular The Bard’s Tale to an Amazon Alexa device near you. Wanderword with their in-house development team, Polar Night Studio has worked on this project tirelessly. They were able to develop a turn-based combat system that rewards strategic thinking, similar to those that are found in traditional role-playing games.

“Bringing The Bard’s Tale to life for another generation to experience is something that is close to my gaming heart. The team was able to create a semi-open world that will immerse players of all ages.” said Johan Strömberg, Wanderword CEO.

The Bard’s Tale – Warlocks of Largefearn is an Audio RPG that will provide you with hours of gameplay. It’s up to you to unlock the mysteries of this small settlement. Choose between 4 different playable classes, players will be able to customize their characters further – with two advanced subclasses that can be unlocked through character progression. The player will also be able to recruit companions to join you on your journey, where they will take your side in combat and offer advice as you adventure.

If you’re utilizing a screen enabled device, a particularly grand experience awaits you as the game provides beautiful hand drawn images for characters, locations and even during combat. The characters and locations come to life with detailed artwork setting the mood for this fantasy adventure. Players will be able to see the combat grid and make moves that will have an effect on the outcome of the battle.

From inXile entertainment “It’s exciting to see how Wanderword has brought The Bard’s Tale to a new medium, staying true to the world and fantasy while exploring new ways to play. We think everyone’s really going to enjoy playing in the Bard’s Tale world in a brand-new way.”

Players will be able to interact with the world in a completely different way by giving the user control of the adventure instead of the traditional linear story. Fans of the beloved franchise will be able to relive the days of old as they explore this open world fantasy adventure. All you will need to enjoy The Bard’s Tale – Warlocks of Largefearn is just your voice, because now it’s your controller!

The Bard’s Tale – Warlocks of Largefearn will be available in December 2021, on an Alexa device near you! More information to be shared soon.