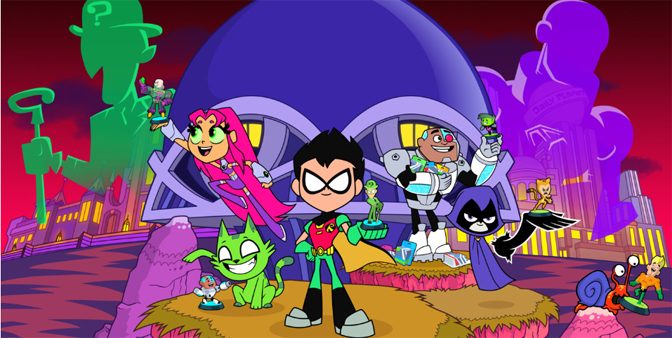 Cartoon Network has announced that the super-sized “Legion of Doom” update for Teen Titans GO Figure!, the blockbuster sequel to the best-selling mobile game Teeny Titans, launched on Dec. 6, 2018. On the heels of this update, the global mobile game franchise has hit a milestone with over one million downloads.

“Legion of Doom” will introduce a highly requested fan feature: multiplayer battles! Face off with friends and other players with new Teeny Titans figures – including Lex Luthor, Cheetah, The Riddler and more – to climb the ranks and earn exclusive figures. The update also lets you visit the Hall of Doom and adds brand-new tournaments, figure repaints and fun missions to keep your journey going for hours on end.

Teen Titans GO Figure! is available now for iOS and Android smartphones and tablets on the App Store, Google Play and Amazon Appstore.