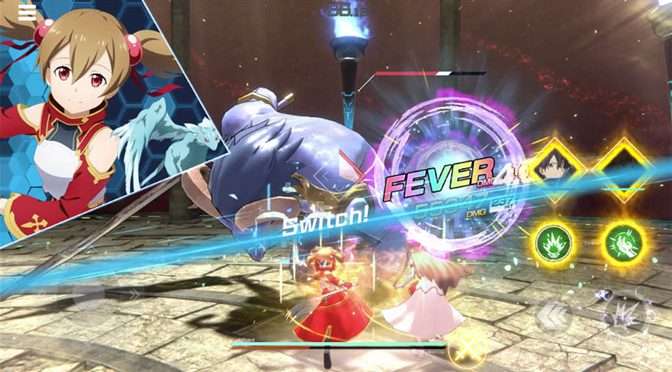 In the new VR game, Cross Edge, it’s rumored that losing a fight to a certain mysterious player means losing a portion of your own memories. To investigate these rumors, Kirito and his friends begin playing Cross Edge…and are soon ambushed. SAOVS has a completely original story set in the world of SAO after the Alicization arc. Play to unravel the mystery.

Use character-specific sword skills and switch between offense and defense on the fly to get the upper hand in battle.

Power Up Your Character

Equip your characters with ability cards to raise their power! Use cards strategically to get an edge over the competition by boosting characters’ strengths and shoring up their weaknesses.

Choose 3 characters you know and love from SAO and take control of them in battle.Each character has his or her own special techniques and skills, so be sure to form parties that exploit your opponents’ weaknesses.