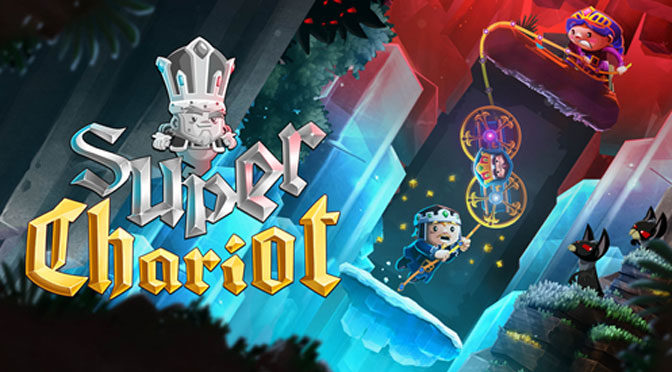 Microïds is continuing to expand its Nintendo Switch catalogue, and has announced the digital release later this year of the 2D platform game Super Chariot. Super Chariot comes with the game Chariot and the Royal Gadget Pack DLC, which includes a new playable character and new items. Developed by Frima Studio, Chariot and its DLC are already available on PC, PlayStation 4 and Xbox One.

The release of Super Chariot on Nintendo Switch will delight fans in search of new challenges and a new genre of platform game. Players take on the role of the brave princess or her faithful fiancé in a fantastic underground adventure… Using ropes, objects and ingenuity, they have to manoeuvre the coffin through 25 levels in 5 colourful environments while trying to ignore the ceaseless baiting of the King’s ghost.

In addition to being completely playable in solo mode, Super Chariot is a superb co-op game for two. The multi-player features of Nintendo Switch, which are accessible in both portable and TV modes, make it a perfect match for the game. The game’s highly-developed physics and plethora of secrets mean the hours players spend in the magnificent environments will be sheer joy.

Super Chariot includes the game Chariot and the Royal Gadget Pack DLC. Super Chariot will be available this year on the Nintendo Switch eShop.