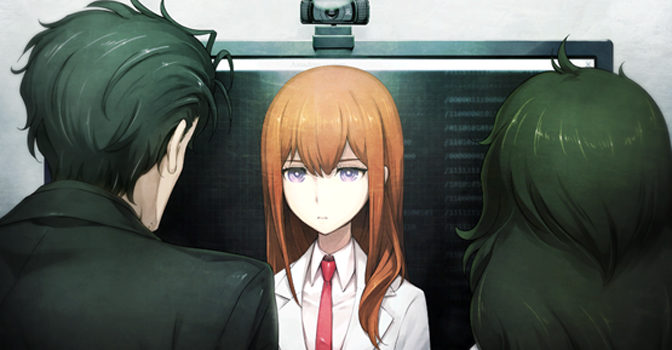 STEINS;GATE 0 is a brand new story in the acclaimed Science Fiction Visual Novel franchise. Praised by fans and critics alike for its incredible characterisation and storytelling, STEINS;GATE is widely considered to be the greatest Visual Novel ever made. STEINS;GATE 0 looks set to maintain this exceptionally high standard with a story which explores an alternative world line.

When a scientist Okabe Rintaro realises he is unable to save the love of his life, he sinks into a great depression. Giving up on his friends, his research and, crucially, time-travel itself, a series of events which looks set to endanger all of humanity takes place.

Can fan-favourite STEINS;GATE characters, Mayuri, Farris, Daru, Moeka, Luka and Suzuha bring him back from the brink?

Along with a brand new cast of characters and new scientific themes which fuse time travel and artificial intelligence, STEINS;GATE fans can prepare themselves for an all-new, darker storyline which will blow their minds.